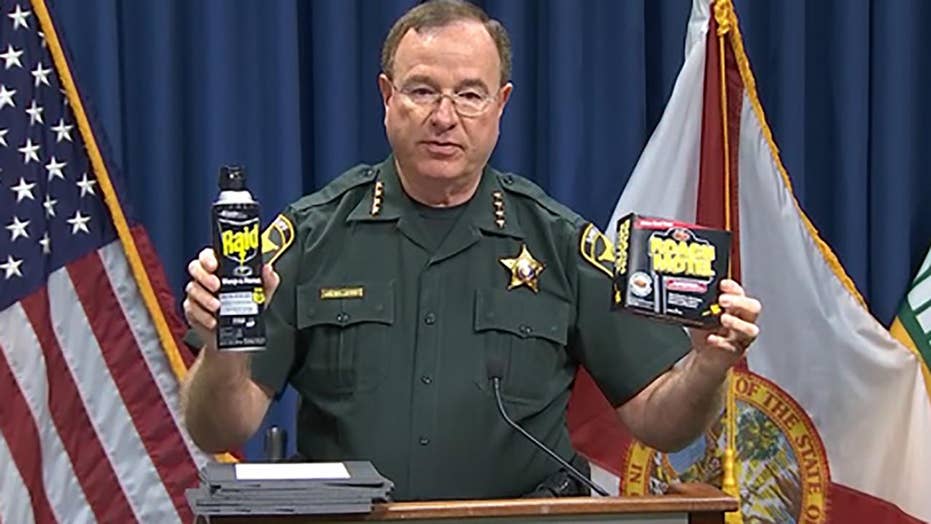 Florida inmates were discovered to have been using chemically-laced papers as a dangerous new way to get high, officials said Tuesday.

Polk County Sheriff’s deputies made the discovery last week during a bust at the county jail, according to FOX 35 Orlando.

People have been spraying the roach poison onto sheets of paper, smuggling it into county jails and giving it to inmates, Sheriff Grady Judd said. The paper is then smoked or eaten by the inmates.

“Who would think to do this? When the chemicals are infused on the paper, then they eat it or smoke it,” Judd said at a news conference. “Are you kidding me?”

Several others were also arrested for using a similar method to smuggle K2 and synthetic amphetamines into a Polk County Jail, according to FOX 35 Orlando. In that particular case, Judd said family or friends of the inmates were spraying chemicals onto sheets of paper, including legal documents, letters or Bible verses, and smuggling into the jails.

Deputies discovered the chemically laced papers were being snuck into legal documents when family of the inmates were meeting with attorneys. Judd had a message for the attorneys: “The criminals inside are trying to take advantage of you.”

The roach spray wasn’t discovered on the legal documents in Judd’s jail, but he said the trend was discovered when deputies investigated further.

“We've received information from sources in the jail that said, ‘K2's cool, synthetic amphetamine’s cool, but what we really like is the Raid!’” Judd said. “There's a nerve agent in this stuff and that's what they're using.”

Once the inmates received the laced papers, they would eat them to get high or find small metal pieces to create electrical arcs that would allow the chemical to be smoked, Judd said.

One attorney who was found to be smuggling in the drugs had their visitation privileges suspended for six months, Judd said.