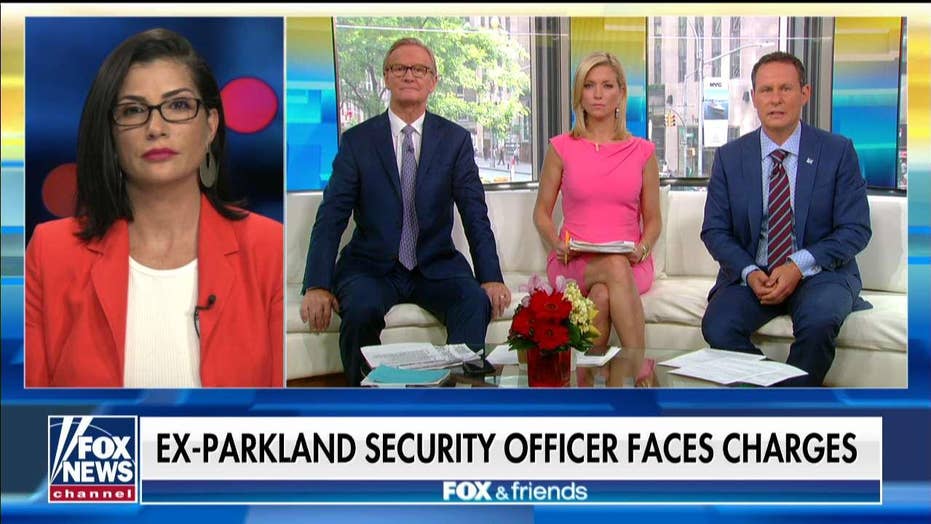 Dana Loesch on arrest of officer for inaction during Parkland shooting

Dana Loesch said Thursday that the inaction of a school resource officer was just one "failure" of authorities to save lives at&nbsp;Marjory Stoneman Douglas High&nbsp;in Parkland, Florida.&nbsp;

National Rifle Association spokesperson Dana Loesch said Thursday that the inaction of a school resource officer during a deadly school rampage was just one "failure" of authorities and administrators in Parkland, Fla.

The former officer, Scot Peterson, 56, was arrested Tuesday on charges relating to his failure to enter Marjory Stoneman Douglas High School as the massacre unfolded.

Peterson was charged in Broward County with seven counts of neglect of a child, three counts of culpable negligence and one count of perjury after a 15-month investigation, according to Florida authorities.

The charges carry a combined potential prison sentence of nearly 100 years for the officer blasted by many critics as the "Coward of Broward." Peterson’s bail was set at $102,000.

The Florida Department of Law Enforcement (FDLE) "investigation shows former deputy Peterson did absolutely nothing to mitigate the MSD shooting that killed 17 children, teachers and staff and injured 17 others,” said FDLE Commissioner Rick Swearingen. “There can be no excuse for his complete inaction and no question that his inaction cost lives.”

Responding on "Fox & Friends," Loesch said authorities in Broward County are finally being "held accountable" for their lack of action before and during the shooting.

She noted that a follow-up investigation found that under former Sheriff Scott Israel, deputies were not receiving the proper training to respond to a school shooting. Loesch said that's why local Coral Springs officers ended up being the first officers to enter the school.

Loesch said she has spoken to Parkland teachers, who wished to remain anonymous, and they said the school did not have a proper security plan and knew the shooter, a former student, was a threat. She emphasized that there are many officers in Broward County who would risk their lives to save others, but "it was a different instance with Scott Israel and some of the individuals friendlier to him."

"This wasn't the only failure of Scott Israel and some of the administration in Broward County. ... This wasn't a good guy with a gun, this was a coward with a gun. Big difference," she said.