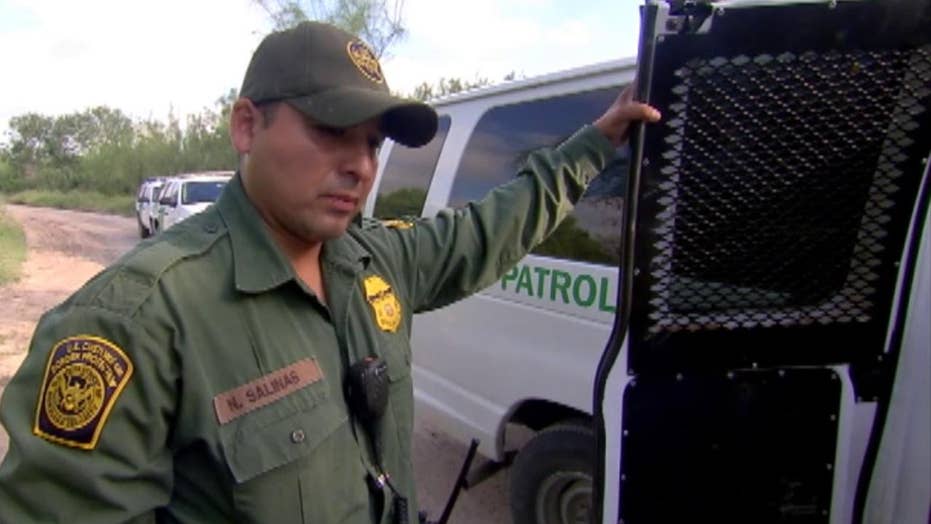 Fox News rides along with Border Patrol agents in Texas

In San Diego, Department of Defense personnel working with CBP through Operation Secure Line will install concertina wire, Jersey barricades and fencing to close at least three lanes into the U.S. at the San Ysidro port and one lane at the Otay Mesa port, according to CBP.

The closures could significantly affect business and trade in both San Diego and Tijuana, Mexico. Some 70,000 drivers and 20,000 pedestrians use the San Ysidro crossing to enter the U.S. every day, making it the busiest land port of entry in the Western Hemisphere, according to the General Services Administration.

“CBP officials in charge at our local border crossings must always maintain security while we work to efficiently process legitimate trade and travel into the U.S.,” Pete Flores, CBP's director of field operations in San Diego said in a statement.  “The materials will be used to help strengthen border security, to ensure the safety of the American people, the traveling public, CBP personnel and the communities in which we serve.”

Meanwhile, travelers in and around El Paso, Texas, are being told to expect delays while specialized officers are deployed to Arizona and California. Those officers will help with migrant processing and border security efforts.

“We suggest reducing or consolidating your cross-border trips, and if you must cross the border, build extra time into your schedule to accommodate these expected delays,” Hector Mancha, CBP's director of field operations at El Paso, said in a statement.

“We suggest reducing or consolidating your cross-border trips, and if you must cross the border, build extra time into your schedule to accommodate these expected delays.”

The border crossing in West Texas is critical to the economies of El Paso, Texas, and Juarez, Mexico. Like San Ysidro, El Paso’s international bridges are used daily by tens of thousands of travelers coming into the U.S. for work, school and tourism.

The changes and potential for delays are expected to continue indefinitely, according to CBP.