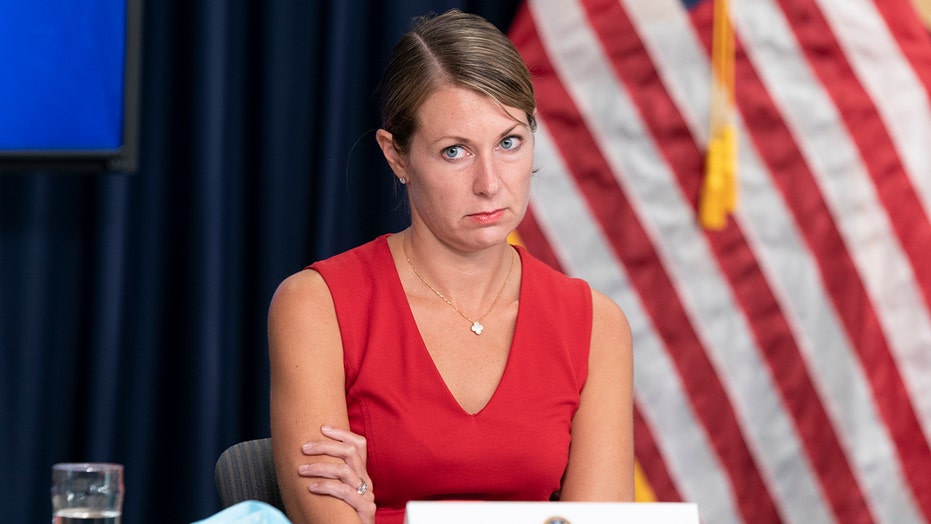 A top aide to New York Gov. Andrew Cuomo told leading state Democratic lawmakers that the administration had withheld data on COVID-19 deaths at nursing homes to avoid federal scrutiny, according to a bombshell new report.

The revelation prompted condemnations and even talk of impeachment in Albany, the state's capital. Rep. Lee Zeldin, R-N.Y., wants the Department of Justice to open an obstruction of justice investigation.

"The families of thousands of dead New York seniors deserve accountability and justice for the true consequences of Governor Cuomo’s fatally flawed nursing home policy and the continued attempts to cover it up. It’s clear what's happening here is criminal," he said.

The New York Post first reported that Melissa DeRosa, secretary to the governor, told leading Empire State Democrats that the administration feared the data could "be used against us" by the Justice Department during a video conference call.

On Friday, DeRosa addressed the call, and the governor's office released a transcript and timeline explaining that officials were worried the Trump administration would politicize the situation to attack Democratic opponents.

"I was explaining that when we received the DOJ inquiry, we needed to temporarily set aside the Legislature’s request [about data on the nursing home crisis] to deal with the federal request first," she said. "As I said on a call with legislators, we could not fulfill their request as quickly as anyone would have liked. But we are committed to being better partners going forward as we share the same goal of keeping New Yorkers as healthy as possible during the pandemic."

The DOJ began investigating nursing home coronavirus deaths in four states back in August – and New York was one of them.

Rich Azzopardi, a senior Cuomo adviser, placed some of the blame on the Trump administration.

"We explained that the Trump administration was in the midst of a politically motivated effort to blame Democratic states for COVID deaths," he said Thursday evening. "And that we were cooperating with federal document productions -- and that was the priority. And now that it is over, we can address the state Legislature. That said, we were working simultaneously to complete the audit of information they were asking for."

News of the call sparked outrage among state Republicans and other critics of Cuomo’s conduct already incensed over his March 25 directive that ordered thousands of virus-infected seniors back into assisted-living facilities, nursing homes and other long-term care locations.

"The second most powerful person in state government and top aide to Gov. Cuomo admitted on video to the premeditated and willful violation of state laws and what clearly amounts to federal obstruction of justice," said state GOP Chairman Nick Langworthy. "Andrew Cuomo has abused his power and destroyed the trust placed in the office of governor. Prosecution and impeachment discussions must begin right away."

Freedom of information data released Wednesday revealed that the nursing home death toll was far higher than previously reported. And those numbers emerged just two weeks after the state’s attorney general found that numbers released before the end of January were also underreported.

"It seems every decision coming out of the governor's office is about Team Cuomo protecting its own image and own interests," state Assemblyman William Barclay, the chamber’s Republican leader, told Fox News Thursday. "More than 15,000 seniors died in adult-care facilities, but the governor was clearly more worried about a DOJ investigation and political finger-pointing."

In response to a separate freedom of information request this week, state health officials told the Associated Press that more than 9,000 virus patients had been sent into nursing homes in the state before Cuomo reversed the directive on May 10.

"This administration intentionally withheld information from the public, from the press, from lawmakers and from the thousands of families who lost loved ones," Barclay said. "This is why closed-door conversations won't cut it. If this doesn't make it painfully obvious that we need to issue subpoenas and hold public hearings, I don't know what will."

Even Democratic lawmakers on the call pushed back against the administration’s excuses.

"In a pandemic, when you want the public to trust the public health officials, and there is this clear feeling that they’re not…being forthcoming with you, that is really hard," state Sen. Rachel May said during the call.