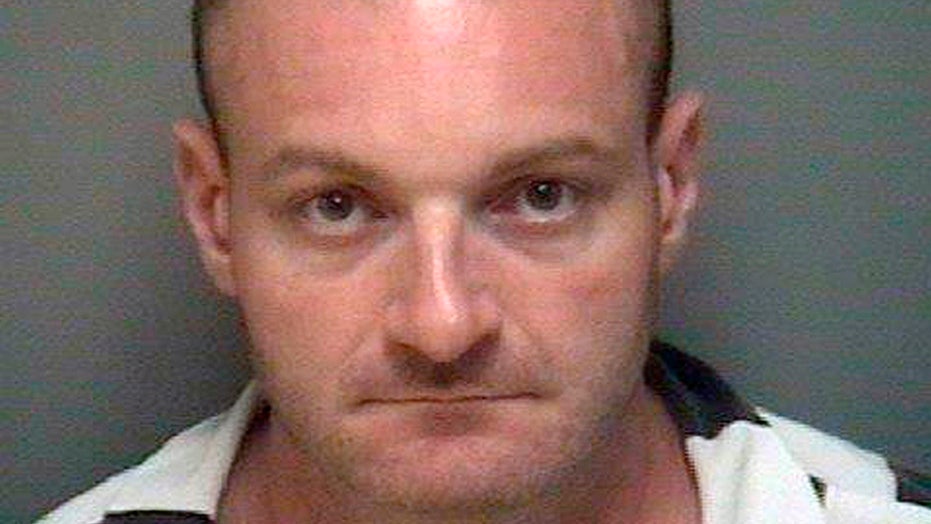 A self-proclaimed white nationalist, who gained recognition for participating in the 2017 deadly Charlottesville, Va., rally and later dubbed the “Crying Nazi,” was convicted in a New Hampshire federal court Monday for extortion and threatening to rape another man’s wife.

Christopher C. Cantwell, 39, of Keene, was convicted of one count of transmitting extortionate communications and one count of threatening to injure property or reputation, the U.S. District Attorney’s Office for the District of New Hampshire announced Monday. The jury found him not guilty of cyberstalking.

Cantwell, who maintained an active online presence, including operating a website and an Internet call-in program, said members of an online group called the “Bowl Patrol” had been harassing him online for months and posting pornography and other violent content to his website, prosecutors said. Cantwell reached out to the victim in the case, demanding that he disclose the real name of Bowl Patrol’s leader, who used the pseudonym “Vic Mackey.”

Prosecutors did not publicly identify the victim, who has a wife and young children. The “Bowl Patrol” group name was inspired by the haircut of Dylann Roof, who was sentenced to death for fatally shooting nine Black church members during a Bible study session in Charleston, S.C.

Cantwell threatened to “dox” the victim by posting identifying information about him online and reporting the victim to child protection authorities if he did not receive information about “Vic Mackey” through several messages sent between June 15 and June 17, 2019, using the Telegram messaging app.

“So if you don’t want me to come and f*ck your wife in front of your kids, then you should make yourself scarce,” one message Cantwell wrote said. “Give me Vic, it’s your only out.”

Prosecutors said Cantwell followed through on some of his threats when on June 17, 2019, he posted identifying information and photographs related to the victim and his family online. They said he also called child protection authorities in Missouri and made a report about the victim over alleged drug use and racist views. But an agency official testified at the trial that it did not feel the complaint justified further investigation.

“Sending threatening and extortionate messages over the internet can instill fear and emotional damage,” said U.S. Attorney Scott W. Murray. “I am grateful to the jury for weighing the evidence in this case and finding that this defendant’s disturbing conduct was unlawful. I also want to express my appreciation to the FBI and our other law enforcement partners for their work investigating this case. This conviction should send a message to all those who use the internet as a means to threaten others that their unlawful conduct will not be tolerated.”

This undated booking file photo provided by the Albemarle-Charlottesville Regional Jail shows Christopher Cantwell, of New Hampshire. On Monday, Sept. 28, 2020, a federal jury in Concord, N.H., found a Cantwell guilty of threatening to rape the wife of a man who was part of a racist group he felt was harassing and bullying him. (Albemarle-Charlottesville Regional Jail via AP, File)

The jury deliberated for a few hours following the four-day trial. Cantwell faces up to 22 years in prison and will be sentenced on Jan. 4, 2021. He has been in custody since his arrest on Jan. 23, 2020, and will remain held at the Strafford County Jail.

Cantwell previously pleaded guilty to assault in 2018 after he was accused of using pepper spray during a white nationalist rally in Charlottesville in 2017. He didn’t serve additional jail time but was barred from Virginia for five years.

Cantwell was seen in a VICE documentary chanting “Jews will not replace us” during the 2017 “Unite the Right” rally in Charlottesville, where a woman died, NBC News reported. Heather Heyer, a counter-protester, was killed when a car plowed into the crowd. The driver, James Alex Fields Jr., was charged with 30 federal hate crimes, among other charges, in connection to the attack.

Cantwell was dubbed the "Crying Nazi" after posting a video online of himself crying after learning a warrant was issued for his arrest.

He is also one of two dozen groups and individual defendants in a federal civil rights lawsuit filed last year in connection with the Charlottesville rally. Attorneys asked a judge to order Cantwell to stop making “unlawful threats” against the plaintiffs and their lead attorney. That case is expected to go to trial in April 2021.

“Today marks an important step toward accountability for Cantwell’s long history of violence and bigotry,” said Amy Spitalnick, the executive director of the civil rights group Integrity First for America which is funding the lawsuit. "It’s particularly powerful that this verdict was handed down on Yom Kippur — the Jewish day of atonement — against a neo-Nazi defendant who has made antisemitism central to his violence."