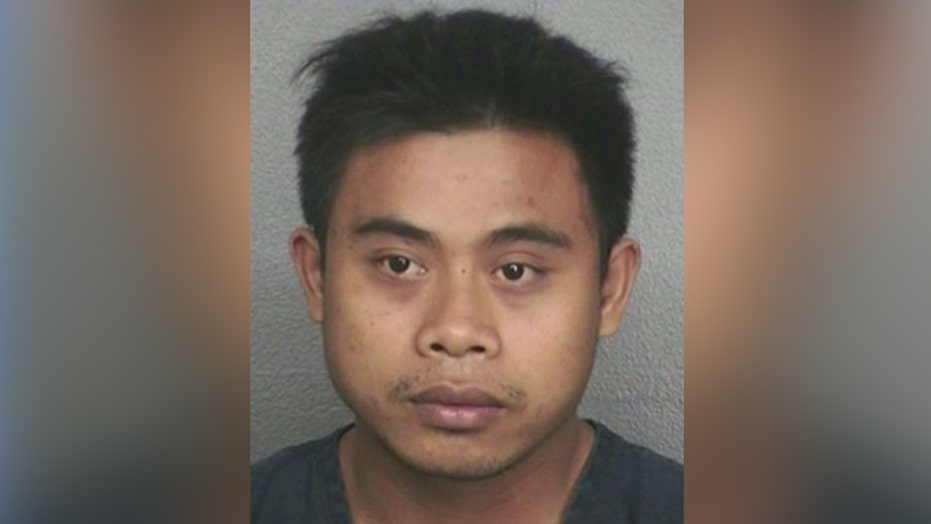 A cruise ship worker is accused of raping a passenger aboard a Holland America Line vessel and then trying to throw her overboard, authorities said Tuesday.

The FBI reports that 28-year-old Ketut Pujayasa was arrested Sunday when the MS Nieuw Amsterdam returned to Port Everglades in Fort Lauderdale. The incident occurred early Friday morning in international waters off the coast of Roatan, Honduras.

According to a criminal complaint, the victim — a 31-year-old U.S. woman — told investigators she was attacked and raped in her stateroom.

"[The woman] then continued to fight for her life by all means available including striking Pujayasa's exposed genitals as well as utilizing a corkscrew in an attempt to stab him," agents said Pujayasa told them, according to the South Florida Sun-Sentinel.

The attacker allegedly tried to throw her from the balcony, but she escaped and received help from another passenger.

Pujayasa initially left the room, but then turned himself in. The report says the Indonesian man told investigators he attacked the victim because she had disrespected him earlier.

"Pujayasa stated that the passenger’s comment of 'son of a b****' was offensive to himself and his parents. He was angry and upset the rest of the day," the FBI report stated, according to the paper.

The report continued: "[He] stated that he then walked to the Lido deck on deck 9 in an attempt to locate the passenger from the stateroom who insulted him in order to punch her in the face for insulting him that morning. However, as he approached deck 9, he realized it was too crowded and decided to leave."

Pujayasa reportedly used a laptop computer and curling iron to beat the woman. The newspaper reported that the victim told investigators that she lost consciousness at least once during the attack. Pujayasa is charged with attempt to commit murder and aggravated sexual abuse.

Holland America Line said in a news release Tuesday that it is working with the authorities to understand how the incident occurred and what additional actions the company can take to help ensure that nothing like this ever happens again.

"At Holland America Line, the safety of our guests is our highest priority, and we are shocked and deeply saddened by this incident," Holland America Line president and CEO Stein Kruse said in the release. "To our knowledge, no incident like this has occurred in our company’s 140-year history."

The MS Nieuw Amsterdam had been on a seven-day western Caribbean charter cruise that departed Feb. 9, sailing round trip from Fort Lauderdale.