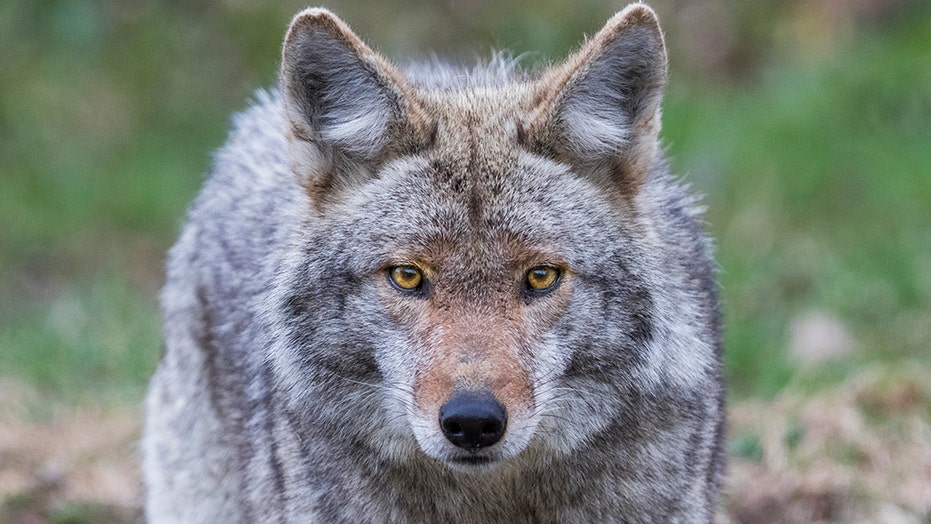 An aggressive coyote was put down after reportedly attacking a mother and her 4-year-old son at a New Jersey park, authorities said.

The 34-year-old woman was pushing her child in a stroller through the Fairfield Recreation Complex around 7 p.m. Thursday when she was alerted that there was a coyote walking behind her, Fairfield police said.

When the woman turned around to see where the animal was, the coyote lunged at her, pushing her to the ground and tipping the stroller, officials said.

The coyote then allegedly bit the woman in the back of her leg, before biting the child on his right leg, police said.

“At this time, other individuals began to run towards the victim at which time was able to get up and right the stroller,” police stated in a press release. “She attempted to flee at which time the coyote again lunged at her.”

A coyote allegedly lunged at a woman and her 4-year-old child at a New Jersey park. Police killed it. (istock)

Authorities said the coyote fled into a wooded area nearby as the mother and child were transported to an area hospital for treatment.

The recreation complex was closed while police and members of the New Jersey Conservation Department, the Department of Environmental Protection and the Associated Humane searched for the coyote.

ESCAPED SNAKE CAUGHT ON BUS TERRIFIES PASSENGERS: 'NEVER GETTING ON A BUS AGAIN'

Police said Sgt. Frank Tracey spotted the canine about an hour-and-a-half later walking in a yard off a nearby road.

“[Tracey] exited his police vehicle with his M4 patrol rifle and made his way into the backyard,” police said. “A few moments later, a coyote emerged from behind a poll and began to aggressively approach the officer. In order to protect himself, the officer fired several shots, striking the coyote and killing it.”

The animal’s carcass will be tested for rabies, officials said.

Police said they were worried more than one coyote could be living in the area after learning a nearby family’s dog was attacked by a coyote Wednesday. The release said that coyote was described as “being much larger” than the one killed by police.

“The police department intends to deploy officers with rifles in the park and at several scheduled events taking place at the community pool and a nearby school to assure the safety of the public as best as we can,” Chief Anthony Manna said in the press release.

Although coyotes are often seen in northern New Jersey, attacks are “extremely rare,” according to NorthJersey.com.

Authorities across the country, however, are warning pet owners about possible coyote attacks. In San Diego, an animal shelter issued a warning Thursday after three local pet owners reported fatal attacks from coyotes.

In a press release, the Helen Woodward Animal Center said there are many reasons coyotes may seek food from outside their regular locations and warned people to never run away from the animal and instead make loud noises by yelling or banging objects together to scare it away, San Diego 7 reported.