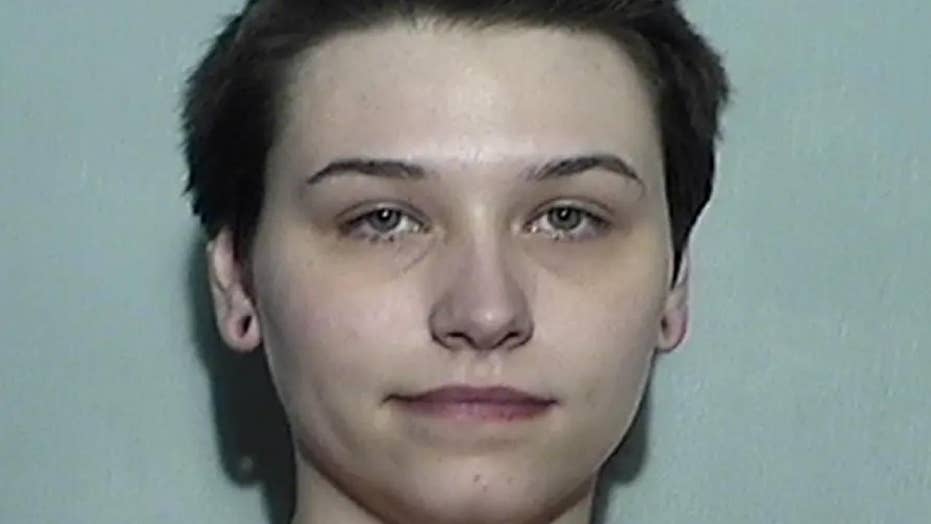 Couple in Ohio arrested by the FBI over bomb plot

An Ohio couple who celebrated mass shooters was arrested by the FBI after they discovered their plans to bomb one of their workplaces over environmental concerns.

An Ohio couple, who have celebrated mass shootings and wrote to Charleston church shooter Dylann Roof, were indicted in federal court on Thursday after an undercover FBI sting operation over plans to bomb one of their workplaces over environmental concerns.

Elizabeth Lecron and Vincent Armstrong, both 23, were accused of conspiracy to transport or receive an explosive with intent to kill, injure or intimidate any individual, and maliciously damage or destroy by fire or explosive.

Elizabeth Lecron and Vincent Armstrong (pictured), both 23, were accused of conspiracy to transport or receive an explosive with intent to kill, injure or intimidate any individual, and maliciously damage or destroy by fire or explosive. (Lucas County Correction)

Armstrong is facing an additional charge of making false statements to investigators, while Lecron was charged with transporting explosives over state lines, according to the statement by the Department of Justice.

The couple allegedly planned to carry out an “upscale mass murder” at a local bar in Toledo, Ohio, but later said they wanted to damage a livestock farm to set animals free, with Lecron saying she was willing to “sabotage anything that harms the environment,” according to the authorities.

Lecron said she was willing to "sabotage anything that harms the environment."

After deliberations of the attack target, Lecron settled on attacking her workplace, stating she “definitely want(ed) to make a statement up here” because she thought the business was polluting the river. She revealed to undercover FBI agents that she and her associate began making a pipe bomb.

“According to the allegations in the indictment, this pair obtained firearms and components to make explosives as part of a plot to kill and maim others,” said Justin E. Herdman, United States Attorney for the Northern District of Ohio.

The authorities say the charges follow the investigation into the couple that first came became known to them in 2018 after Armstrong made a violent threat while Lecron posted disturbing and hateful content on social media.

The woman, according to the DOJ, celebrated mass murders, including the shooting in African-American South Carolina Church perpetrated by Roof, leaving nine people dead. She also created a Tumblr account called “CharlestonChurchMiracle.”

In December, Lecron wrote to Roof in prison and allegedly tried to smuggle Nazi writings to him.

Last year, the couple also made a trip to areas related to the Columbine High School shooting, a shooting that left 15 students and faculty members dead.

Undercover FBI agents reached out to Lecron, who allegedly tried to meet up with other “anarchists” to form a team for the bomb attack, and offered their help.

In December, she agreed to buy black powder from the undercover agent – the same month she allegedly bought two pounds of Hodgson Triple Seven Muzzleloading Propellant and 665 screws that all could be used in a pipe bomb.

“So I guess I’ll talk to you when the deed is done?” she allegedly told the agent. “I’m very excited ... stick it to him man … be safe,” she later added.

During the search and the arrest of the couple in December, the investigators found AK-47, handguns and other weapons and their ammunition.

“These arrests should send a sobering message to everyone that there is no city, large or small, that is immune to these types of hate-filled attacks," said Toledo Police Chief George Kral.

The couple is facing possible life in prison. Armstrong denied any knowledge of the possible attacks and denied purchasing the equipment for the making of the bomb.