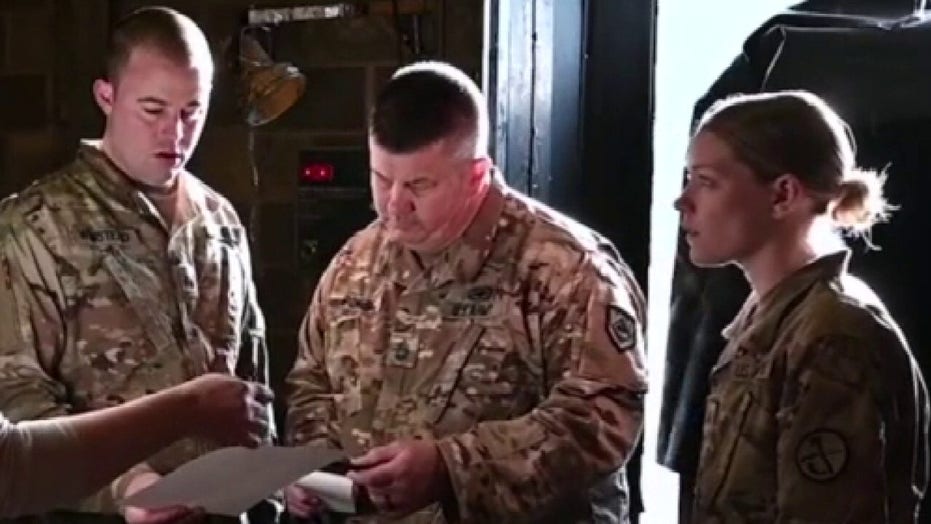 The hospital system set up for nation’s veterans is ill-equipped to handle the coronavirus pandemic, according to a new report from the VA’s Office of Inspector General.

The specialized division within the Department of Veterans Affairs launched an investigation at the start of the coronavirus outbreak in the U.S. in which their officials went undercover as they looked into the preparedness throughout hundreds of VA hospitals and other health care facilities.

They alleged in their report, “OIG Inspection of Veterans Health Administration’s COVID-19 Screening Processes and Pandemic Readiness”, that while a majority of the facilities were able to conduct swab tests for the virus, they were not able to screen the samples on-site. In fact, only one facility, VA Palo Alto in California, is able to get test results processed on the premises.

One facility leader told OIG investigators that having the ability to test samples on-site would shorten result times. It’s believed that the short turn around in time would help in flattening the curve of infected veterans.

“One Facility estimated that specimen processing time could be reduced from several days down to four hours by processing at an on-site laboratory,” reads a line from the report.

Out of the 125 outpatient facilities visited by investigators, a robust 97 percent were able to screen for COVID-19, but only 71 percent were found to be adequate. Four facilities were found to have no readiness plan in place and did not screen patients or ask them if they were feeling any of the symptoms associated with the coronavirus.

CORONAVIRUS CAUSE FOR CONCERN AMONG BURN PIT VICTIMS

The OIG recognizes that conditions at VHA facilities and veterans’ needs related to the COVID-19 pandemic may change rapidly,” reads a summary of the OIG’s findings from Assistant Inspector General John D. Daigh, Jr., M.D. adding that they will continue to monitor the VHA.

“It is hoped that the findings in this report will assist VHA leaders to gain a better assessment of screening, access, and emergency preparedness at its facilities.”

Officials for the VA have taken issue with the OIG’s findings.

“This dated review doesn’t represent the rapidly changing situations at VA medical centers, where our employees continue to perform amazingly well as they implement the department’s comprehensive COVID-19 response plan,” reads a statement provided to Fox News by VA Press secretary Christine Noel who also raised concerns about how their investigation was conducted.

“Additionally, VA is concerned that in conducting its review, IG investigators did not abide by CDC guidelines regarding social distancing, and their movement from one facility to the next could possibly have made them COVID-19 vectors that put our patients and staff at risk.”

The report is just the latest in an ongoing list of complaints on the lack of proper care for our nation’s veterans, including those who had their health compromised from burn pit exposure while serving in Iraq and Afghanistan.

Our concern is the lack of action, these are procedural concerns that can save the lives of our Veterans,” Rosie Torres, founder of veteran advocacy group Burn Pits 360 said to Fox News. “Our overarching concern is that actual testing was given short shrift coverage in this report.”

Burn pits were a crude method of incineration in which every piece of waste was burned, including plastics, batteries, appliances, medicine, dead animals and even human waste. The items often were set ablaze with jet fuel as the accelerant and the pits burned more than 1,000 different chemical compounds day and night. Most service members breathed in toxic fumes with no protection.

Many veterans have developed a myriad of respiratory issues and other serious ailments believed to be a result of burn pit exposure. Many are immuno-compromised and face an increased vulnerability to COVID-19.

“If you had burn pit exposed lungs and you have more respiratory inflammation on a normal day, you have more vulnerability to the virus once it hits your lungs. So, it's a very good time to avoid, avoid, avoid getting infected,” Dr. Nancy Klimas, director of Institute for Neuro-Immune Medicine at Florida’s Nova Southeastern University said in a recent report by the Investigative Unit at Fox News. She added that veterans who suffer from burn pit exposure may not have any greater vulnerability but that they should take extra precautions to prevent getting infected.

“Once infected, they have a greater risk of having a more serious form of the illness,” said Klimas, who researches illnesses associated with Gulf War Syndrome.

Burn Pits 360 along with several other veterans’ organizations like Veterans for Common Sense, recently sent a letter to VA Secretary Robert Wilkie in which they addressed their concerns regarding the OIG’s findings. They also underscored how the lack of preparedness has already affected veterans across the country, including a former drill sergeant in Oklahoma City who verbally screened positive on his phone call with VA but was unable to get tested for three days. He remains ill and is self-treating with a wife at home who is battling cancer. He fears that he could infect her due to her compromised immune system.

It also includes one veteran in Gainesville, Fla., who was screened and to date, has been refused treatment; and a Gulf War veteran in Portland, Oregon who was refused entry to the VA emergency room due to having ADI-trained service dog.

“The report indicates an inadequate communication system, a lack of a unified national VA outreach guidance campaign addressing symptoms, concerns, and screening procedures such as how to get tested,” Torres says adding that the OIG report does not address the VA’s outmoded screening questions.

“They are only adapting it now that it widespread across the U.S.”