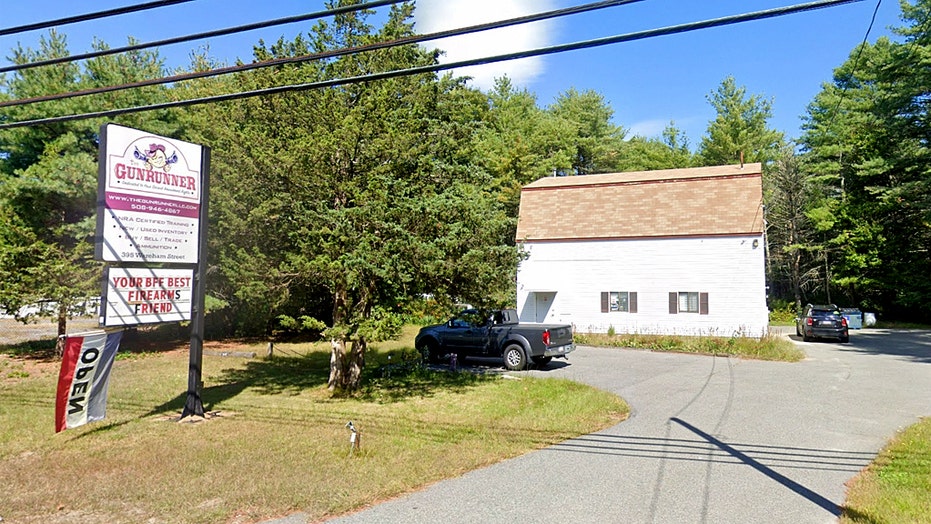 A Massachusetts gun store owner, known as Mr. Gunrunner, is invoking higher authorities, namely God and President Trump, in his defiance of Gov. Charlie Baker's order to close shop amid the coronavirus pandemic.

The state now has the third-highest number of COVID-19 cases in the country, with 46,023 positive cases — behind New York and New Jersey respectively.

John Costa, owner of The Gunrunner in Middleborough, whose logo pays homage to the Second Amendment, is looking to the Constitution to defend his refusal to close his store, despite being issued a cease-and-desist order from the town on April 2.

“They’re going to have to drag me out of here or kill me, one or the other,” Costa told Glenn Beck on his radio show earlier this month. “They’re not worried about the coronavirus. They’re using that as a backdrop to put us Second Amendment people totally gone, out of business, and that’s the way it is.”

The Gunrunner in Massachusetts is remaining open despite a cease-and-desist order from the town of Middleborough. (Google Maps)

He said he won't comply with "this insane socialist governor" over the order.

“I will stick to my guns. I will stick to the Constitution which gives me every damn right to stay open,” Costa told MassLive on Thursday. “My boss, I have two leaders, God and Trump. No one else.”

State and local officials could file civil fines up to $300 per violation or press criminal charges for Costa's curbside sales over the last few weeks.

Though Costa is not one of them, a coalition of gun store owners and customers filed a suit against the Baker administration earlier this month, calling on a judge to reverse the state's restrictions on gun sales amid business closures.

“How can you bear arms without buying [arms]?” Andrew Couture, an attorney specializing in the Second Amendment, told MassLive. “There are many police forces across the state that have officers that are sick at home. People need to be able to defend themselves. They need to be able to defend their house, their property and their families, you know by closing this down and making [the] operation of a gun store is illegal is in complete violation of what the Second Amendment stands for.”