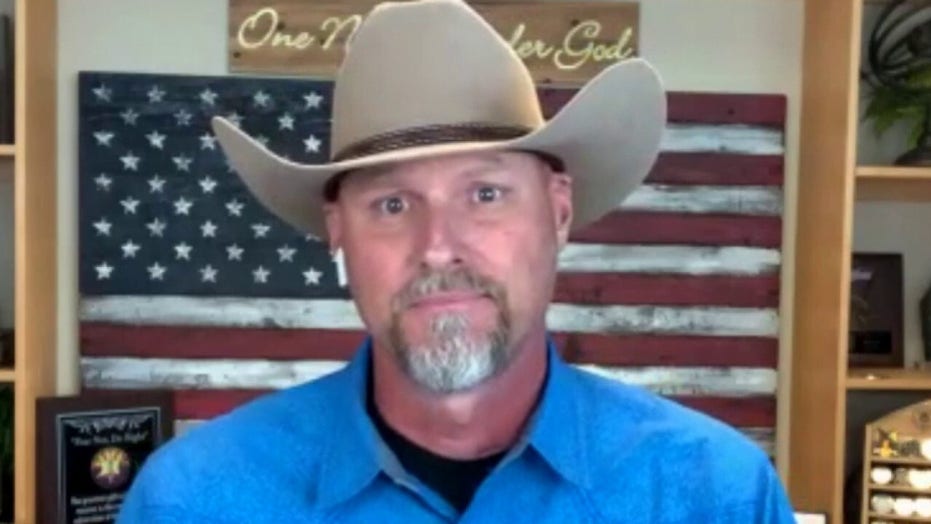 One of those sheriffs, Mark Lamb, tells Bill Hemmer why he disagrees with the lockdown order.

The coronavirus has infected an Arizona sheriff who opposed his state's lockdown order as unconstitutional and said he wouldn’t enforce it.

Sheriff Mark Lamb, a Republican, told Fox 10 Phoenix Friday he was infected by someone who attended a political event he held last weekend.

“I don’t think there were a lot of people wearing masks there,” Lamb told the station. “I wasn’t wearing a mask.”

Lamb was one of two sheriffs who said in April they weren’t going to enforce Republican Gov. Doug Ducey’s stay-at-home order to contain the spread of the virus.

"I think with this whole pandemic, it's crazy times," Lamb told "Bill Hemmer Reports" at the time. "We've gotten into some very murky waters as it relates to the Constitution. We've seen across the country, I think, there have been some clear constitutional violations as sheriffs."

On Tuesday, Lamb went to the White House planning to join President Trump in the signing of an executive order on policing following protests over the death of George Floyd.

Before the event, Lamb underwent a coronavirus test that showed he was positive. “I’m glad now they had those protocols in place to protect the president,” he told Fox 10. He did not attend the event.

He said he returned home after a 36-hour drive, rather than fly.

Lamb told the station he has mild symptoms and will be quarantining for 14 days.