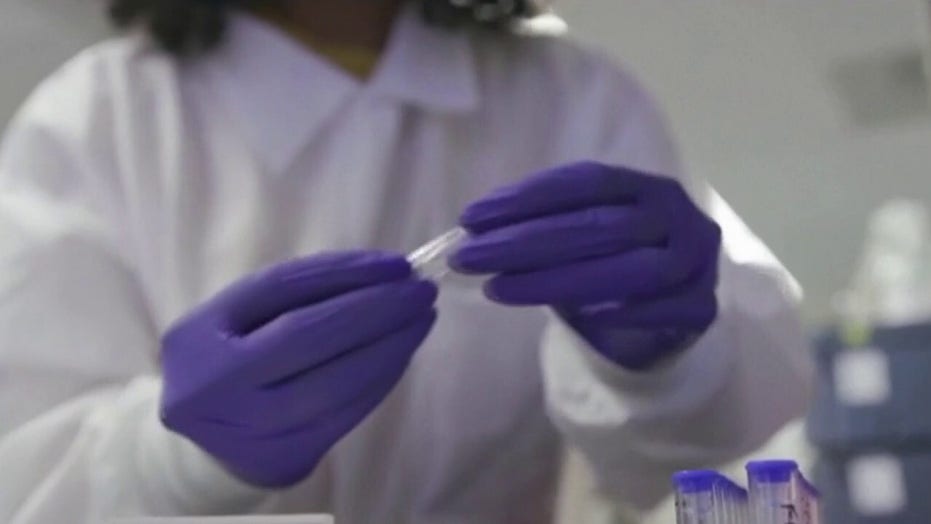 Eric Shawn: Coronavirus, the answer may be in your genes

Harvard Geneticist Dr. Robert Green on why some people get really sick and others don't.

As America has worked to bounce back from the coronavirus outbreak, the burden has been borne unevenly across gender, racial and socioeconomic lines, according to an Associated Press analysis of census data in the country’s 100 largest cities.

The analysis found that women represented the majority of front-line workers, with many of them people of color and immigrants.

Workers deemed “essential” are also more likely to live below the federal poverty line or hover just above it, the study showed. It also found they were more likely to have children at home, and many lived with others who also had front-line jobs.

“What is important about this pandemic is that it has shined a spotlight on workers who have been essential but before this were invisible,” said David Michaels, a professor of environmental and occupational health at the Milken Institute School of Public Health at George Washington University.

Juan Giraldo said he and his wife nearly lost their home after he was laid off in the 2008 financial crisis. A refinancing deal saved him from foreclosure but left him tens of thousands of dollars deeper in debt.

Since then, he said he feared he was sinking back into a familiar nightmare. A contract port truck driver in Los Angeles, Giraldo has seen work dry up as imports slowed. He has received fewer than four hauls a week, compared with at least 12 in normal times. He used to make up to $3,500 a month but more recently has earned about $1,500.

More than 85 percent of warehouse and delivery workers in the Los Angeles area have been people of color, with 53 percent of them foreign-born.

As a contract worker, the father of four has received no paid sick leave and relied on California’s state health insurance program.

“They are calling us heroes but it’s like they are sending us to World War II with wooden pistols,” Giraldo said.

The United States has continued to see tens of thousands of new infections each day, with over 1,400 new deaths reported Saturday.

Health experts have warned a second wave of infections could hit unless testing is expanded dramatically once the lockdowns are relaxed. But, pressure to reopen has kept building after the shutdown of businesses worldwide plunged the global economy into its deepest slump since the 1930s and wiped out millions of jobs.

The virus has infected an estimated 3.4 million people and killed over 244,000 worldwide, including over 66,000 dead in the United States, according to a count by Johns Hopkins University. All the numbers are considered to be undercounts, due to testing issues, the problems of counting deaths in a pandemic and deliberate concealment by some governments.

Grocery employees have been among the most visible of America’s front-line workers as people rushed to stock up on essentials. Nationwide, they are among the more diverse of front-line workers, split roughly evenly between men and women, the analysis showed. In most cities, over 40 percent are white, 15 percent are black and 14 percent Hispanic, with at least 16 percent living below the federal poverty line and 15 percent lacking health insurance, according to the data.

Janitors are likely to be the most financially vulnerable front-line workers. In most cities, over 25 percent have lived below the poverty line, the analysis showed, adding that 40 percent are foreign-born and 74 percent are people of color.

In Baltimore, nearly 75 percent of them are black, according to the data.

About 75 percent of health-care workers in most cities are women, the study found. It showed they're among the front-line workers most likely to have access to health insurance, although 7 percent lack it, and over 8 percent live below the federal poverty line.

Desmond Hill is a music writer who plays the flugelhorn, but he has made his living as a New York City subway conductor.

His partner and five others he knew were among the bus and subway workers who tested positive, over 3.000 in all. Some 3,500 others, including Hill, were put on 14-day quarantine for exposure. Nearly 6,000 have returned to work.

At least 83 New York City transit workers have died of the virus, according to the Metropolitan Transit Authority.

In New York City, over 45 percent of transit workers are black, 20 percent are white and 24 percent are Hispanic, the study found.

Hill questioned, "Why am I out here doing this?"  (AP Photo/Frank Franklin II)

“Sometimes you’re looking out on a train and think, ‘who am I moving right now? I’m moving homeless people back and forth, why am I out here doing this?’” said Hill, who has returned to work.

The subway conductor said he still felt a sense of purpose working during the coronavirus outbreak.  (AP Photo/Frank Franklin II)

Other times, he felt a sense of purpose.

“There are also days you can see essential workers, people going to work at grocery stores, Target, hospitals. Those people get off the train and thank you,” Hill said. “It’s a back-and-forth struggle.”