A revised mortality model predicts coronavirus deaths in the U.S. will nearly double to 135,000 through August as states continue to ease social distancing restrictions.

The grim new projection, released by the University of Washington’s Institute for Health Metrics and Evaluation (IMHE) Monday, which has helped influence the U.S. response to the coronavirus outbreak, has jumped up considerably from its April 29 forecast of 72,433 deaths.

As of Tuesday, the coronavirus has infected nearly 1.2 million people in the U.S., killing 68,934.

The considerably higher projection reflects “changes in mobility and social distancing policies,” the institute said. As a growing number of states begin to roll out plans to reopen, the institute is estimating longer epidemic peaks and slower downward trajectories in the U.S.

However, the new projection coincides with an internal Trump administration forecast obtained by The New York Times that predicts the daily death toll will reach about 3,000 on June 1. It also projects there will be 200,000 new coronavirus cases every day. This is a significant jump from current numbers of roughly 25,000 new cases and 1,750 deaths each day.

Sources told Fox News that while a significant portion of the data comes from the Centers for Disease Control and Prevention, the projections of new cases and deaths come from modeling done at Johns Hopkins University.

When asked about the document, White House spokesman Judd Deere said: “This is not a White House document nor has it been presented to the Coronavirus Task Force or gone through interagency vetting.

President Trump spoke to members of the media on the South Lawn of the White House in Washington on Tuesday before boarding Marine One for a short trip to Andrews Air Force Base, Md., and then on to Phoenix, Ariz. (AP Photo/Patrick Semansky)

White House Press Secretary Kayleigh McEnany said Tuesday: “The Johns Hopkins’ study being pushed around by the media as factual is based on faulty assumptions and is in no way representative of any federal government projections and, as Johns Hopkins stated, should not be taken as a forecast.

"This 'study' considered zero mitigation, meaning it was conducted as though no federal guidelines were in place, no contract tracing, no expansion of testing, while removing all shelter in place protocols laid out in the phased approach of the Opening Up America Again guidelines for individuals with co-morbidities. The media should be more responsible in its reporting and give the full set of information to the American public.”

Johns Hopkins issued its own statement following The Times report, saying the data results were preliminary and it was “not accurate to present them as forecasts.”

“The information released in the leaked Federal Emergency Management Agency (FEMA) slide deck published by The New York Times included preliminary analyses developed by researchers at the Johns Hopkins Bloomberg School of Public Health,” the statement said. “These preliminary analyses were provided to FEMA to aid in scenario planning – not to be used as forecasts – and the version published is not a final version.

“The information illustrates that there are some scenarios, including the premature relaxation of social distancing, that are likely to cause significant increases in the number of COVID-19 cases and deaths in the United States.” 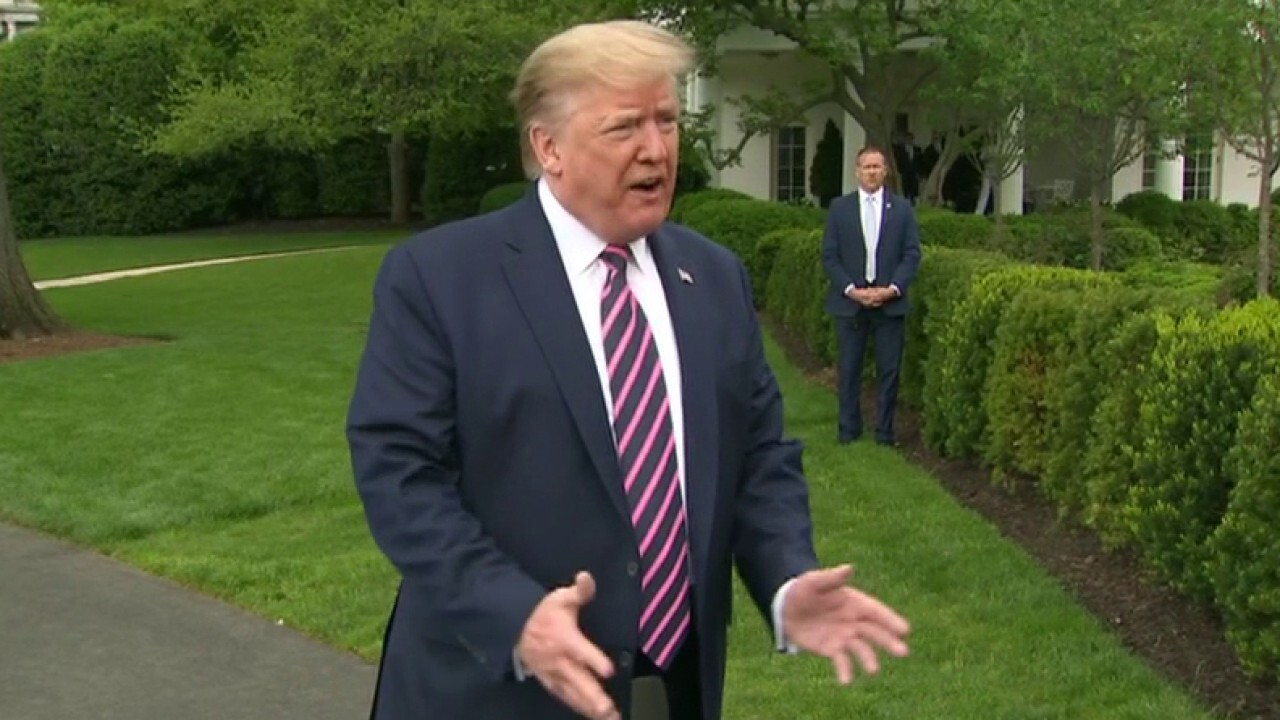 Trump pushes back on leaked COVID projections: Report based on no mitigation

President Trump responded Tuesday when reporters asked about the model.

“That report is a no mitigation report, and we are mitigating,” he said.

Less than a day before the new IMHE model was released, Trump revised his own estimate during a Fox News virtual town hall.