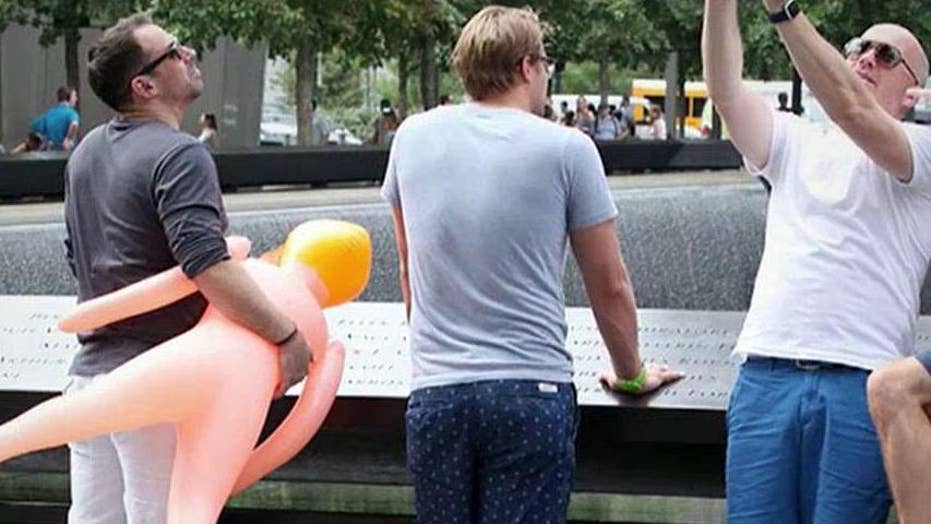 The blatant act of disrespect at the sacred site Friday sparked outrage after a photographer snapped pictures of the men with the blow-up toy. The incident happened as the city prepared to mark the fifteenth anniversary of the September 11 terror attacks.

Fox News reported that a police officer stepped in and asked the group to leave. The men were reportedly from the U.K. and had been taking selfies with the toy in front of one of the Memorial’s twin waterfalls and reflecting pools.

“They just told them to leave without any further incident,” Officer Arlene Muniz said.

Fox News reported that one of the men, believed to be the groom, brushed off the incident, saying it was just a bachelor party.