An off-duty Texas police officer was arrested Saturday in the shooting death of his brother, an off-duty sheriff’s deputy, during a possible home dispute, authorities said.

Robert Lee, 59, a police officer in Stagecoach, near Houston, was charged with murder in the fatal shooting of his brother, 57-year-old Harris County Sheriff's Deputy Rocky Lee, the Montgomery County Sheriff’s Office said. He was not charged with capital murder because the victim was off-duty.

"Our hearts are broken this evening," Harris County Sheriff Ed Gonzalez tweeted. "We're going to be hurting for a long time."

Authorities say they believe Rocky Lee was checking on the welfare of his brother when he was shot several times in the bathroom of the residence. They said the circumstances that led to the shooting were still under investigation.

Robert Lee initially reported he shot a man multiple times, saying he believed he was firing at someone who broke into his home shortly after 5 p.m. Friday, Montgomery County officials said. 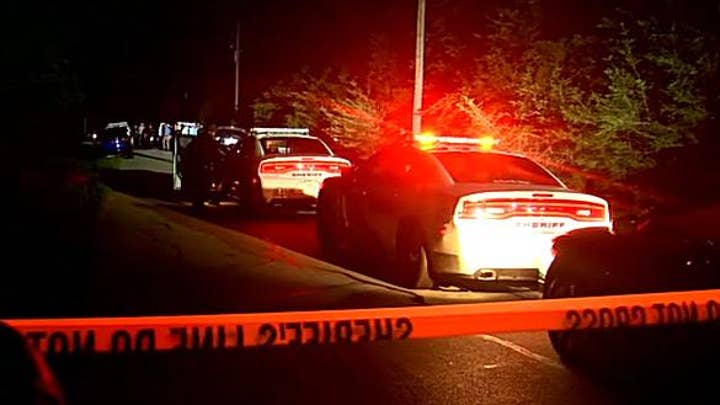 The Harris County Sheriff’s Office later confirmed a burglary never occurred at the residence and that a 26-year veteran of the department was fatally shot.

"He proudly served our county for many years," Gonzalez wrote of Rocky Lee. "Please keep him in and his family in your thoughts and prayers, as well as the many friends and co-workers gained over the years."

Robert Lee, a 35-year law enforcement veteran, was held at the Montgomery County Jail on $250,000 bail, according to court records.