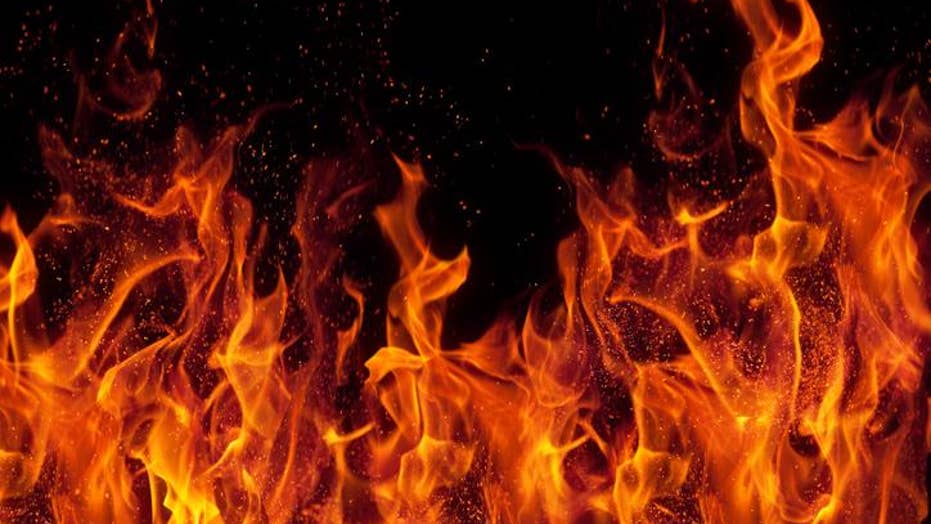 A wet Connecticut baseball field was doused with 24 gallons of gasoline and set on fire in a failed attempt to dry the field for a Ridgefield High School baseball game.

A wet Connecticut baseball field was doused with 24 gallons of gasoline and set on fire Saturday in a bizarre attempt to dry the field for a high school game.

Ridgefield High School's baseball team was scheduled to play against a rival school at Governor Park that morning, but the grass was too wet to safely play, Ridgefield officials wrote on the town's Facebook page.

At some point, a “poor decision” was made to “dry the field quicker” by dousing the field with 24 gallons of gasoline and set it on fire, the post read.

Authorities were quickly notified and the Connecticut Department of Energy and Environmental Protection’s hazmat group responded to the scene, WTNH reported. The game was postponed and there were no reported injuries.

It wasn’t immediately clear who was responsible. Town officials cited by WABC estimated the cost to replace the contaminated soil with fresh soil will be about $50,000.

Captain Shawn Platt told WTNH that authorities have opened “an active investigation of who instructed, if anybody instructed.”

The field is expected to remain closed for several weeks, WABC reported. Ridgefield is located about 40 miles west of New Haven and about 60 miles north of New York City.