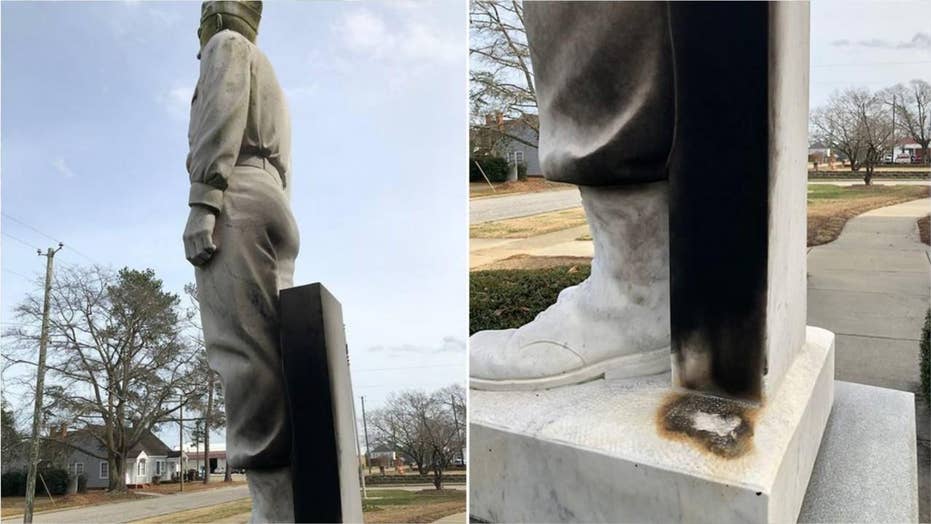 Vandals in North Carolina may be in need of a history lesson after having set fire to a statue honoring a World War II hero they apparently mistook for a Confederate general, officials said earlier this week.

The suspects seem to have confused Lee with Gen. Robert E. Lee, who led the Confederate army during the Civil War some 80 years earlier, officials said.

“I was surprised that anybody would do that to this museum statue,” Mark Johnson, curator of the General William C. Lee Airborne Museum in Dunn, told Goldsboro's WNCN-TV. “This is not a Civil War museum and this is not Robert E. Lee.”

Aside from their last name, the two Lees have nothing in common, according to Johnson. The former Lee was known as the father of the U.S. Airborne Army and an international war hero of World War II, he told the station.

The statue is expected to be cleaned and repaired, which could cost several hundred dollars, WNCN reported.