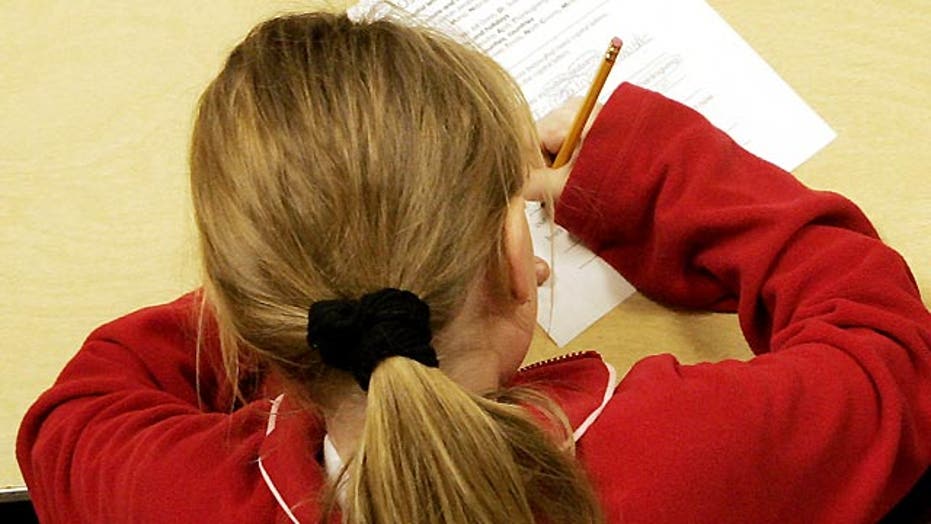 Parents across the country may hold the key to this year's mid-term elections as they vent their anger over the implementation of a controversial education achievement measure called the Common Core State Standards Initiative.

Forty-five states and the District of Columbia have adopted the initiative in a bid, they say, to improve education standards in Math and English, and give new life to what many view as a sagging education system. Indiana recently voted to back out of Common Core.

But many parents see the initiative as a bid by the federal government to take over the education system. They are also angry over the "data mining" of students' personal information, and say the stepped-up standards are not age-appropriate and are leading to anxiety and depression in their children.

Analysts warn the parental opposition could spill over into the November elections.

"You really have a populist reaction, and that's true on the left and the right," says Tom Loveless, a senior fellow with the Brown Center on Education Policy at Brookings Institute in Washington, D.C.

He predicts candidates opposing politicians from the establishment - or "at least trying to paint them as establishment candidates" - will take up the parental concerns.

"Those populist candidates are running against the Common Core, and they are going to say Washington is interfering with children's schooling and that teachers, parents and principals at the local level are better equipped to decide on what kids learn," he said.

"Common Core opposition is so completely grassroots, and support is so astroturf, " says the education research fellow for The Heartland Institute, a think tank headquartered in Chicago that promotes individual liberty and free enterprise.

"It is already becoming a primary and general election issue in everything from local school board races to gubernatorial and U.S. Senate races," she added.

According to Pullmann, the issue is "huge among mothers."

Arkansas mother-of-three Karen Lamoreaux told Fox News that more than 3,000 parents have formed a group opposing it. "We are now becoming active in the mid-term elections, pressuring candidates to take a stand on the issue," she said.

"It influences our vote because this reform is hurting our children," she added. "It is cognitively inappropriate and violating our parent rights."

Gigi Guiliano is another mother who got involved in campaigning against Common Core once she noticed a change in her ten-year-old son. "I would pick him up from school in the past and he was always happy... Now I pick him up from school and, after the first week of school, he got in the car and he says, 'Mom, I'm never going to smile again.' And that broke my heart."

After checking to see if he was being bullied or having problems at school, Guiliano realized he was reacting badly to the hastily implemented new curriculum. At that point, she began to investigate the issue, and later became active in the fight against it.

The complaints around the country have slowly pushed Common Core to the forefront of political discourse. The Heartland Institute's Joy Pullmann says it is an issue that has just started to come into play in Congressional and Gubernatorial races and primaries as far afield as South Carolina and Montana, and is affecting races in Idaho, Kansas, Maryland and recently in New York.

Indeed, U.S. Sen. Lindsey Graham (R-S.C.), who faces a primary challenge from four candidates, wasn't even aware of the Common Core when asked about it at a Republican Party meeting last year. Yet he recently sponsored a Senate resolution that strongly criticized it and called on the Administration to back down.

"The Obama Administration has effectively bribed and coerced states into adopting Common Core," Graham told fellow Senators, adding: "Our resolution affirms that education belongs in the hands of our parents, local officials and states."

In New York, Democratic Gov. Andrew Cuomo seems to have got the message that voters in his state are not happy with how the Common Core was implemented. Though he is a strong supporter of the initiative, he also faces re-election this year, and so has established a panel to consider some of the complaints of parents, teachers and students. So far, however, he has refused to scrap the Common Core.

Rob Astorino, Cuomo's newly announced Republican opponent for governor, has made getting rid of what he calls "Cuomo's Common Core" one of his top priorities. In his video announcing his run he said it "has been a disaster for parents, teachers and children alike."

Guiliano, who voted for Cuomo last time around, said she won't be voting for him again. She pledges to support candidates who oppose it. "Parents are the ones that have control to make the change," she tells Fox News.