The other individuals involved in the confrontation that ended in the fatal officer-involved shooting of 16-year-old Ma'Khia Bryant were all adults, a spokesperson for Columbus Police Department told Fox News Thursday.

Bryant was in foster care with Franklin County Children Services.

She had been living at the foster home that was the scene of the shooting since Feb. 14 of this year, according to the New York Times.

Surveillance video of the altercation shows four people standing in front of that home. As Officer Nicholas Reardon is pulling up to the house, Bryant and two other people appear to come out of the front door.

Seconds later, Bryant lunges with an apparent knife at one woman, 20, who had been standing in the driveway of the home, forcing her to the ground. A man, 43, started kicking the woman as she tried to get up.

Body camera footage shows a young girl attacking multiple people with what appeared to be a knife in Columbus, at which point a police officer fatally shot her. (Columbus Police Department)

Bryant then turned to another woman, 22, with the knife, at which point officer Reardon discharged four shots from his firearm, fatally striking Bryant.

CBS originally reported that Bryant was the only youth involved in the altercation. 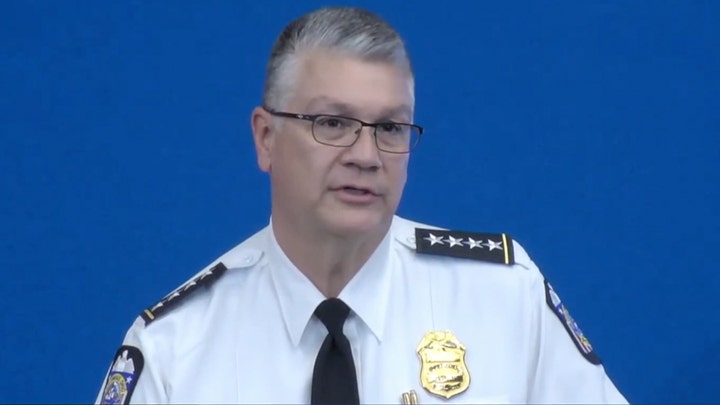 An unidentified female called 911 before the confrontation and told the dispatcher that there are people "trying to stab us, trying to put their hands on our grandma."

Ma'Khia Bryant's mother told 10TV that her daughter called 911 herself, but the Columbus Police Department has not released the identity of the caller.