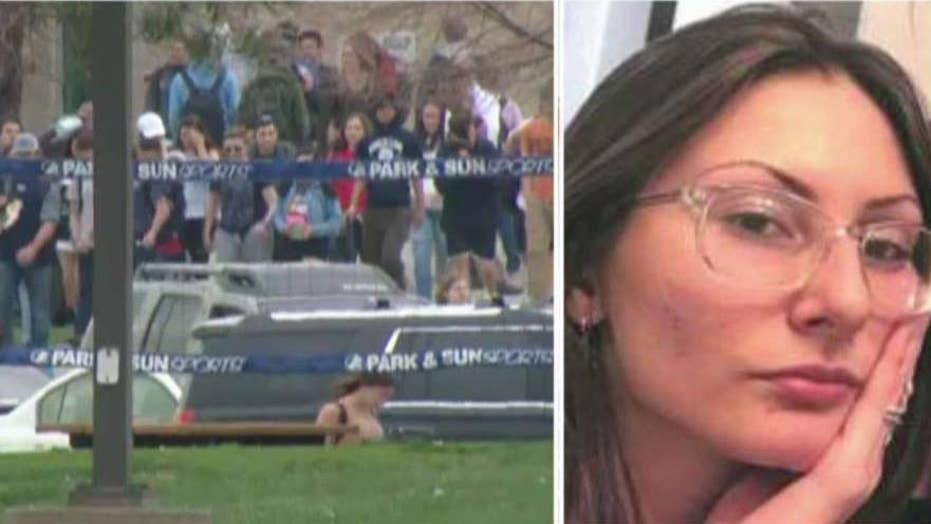 FBI tweets there is no longer a threat to the community; Alicia Acuna reports from Denver.

The woman allegedly "infatuated" with the Columbine massacre who traveled from Florida and forced schools in Colorado to close after threatening violence last month had already killed herself when authorities had launched a manhunt for her, according to a coroner report released Wednesday.

The Clear Creek County coroner said in an autopsy summary that Sol Pais, 18, is estimated to have died in the "afternoon or early evening" of April 15, the same day she flew from Miami to Denver.

“Autopsy revealed massive head injuries consistent with a self-inflicted gunshot wound, with no other injuries or marks present,” according to the coroners initial findings in the report obtained by The Denver Post.

The FBI's Denver office had said it learned of Pais' travel on April 16, that she had bought three one-way tickets after making "troubling" comments just days before the 20th anniversary of the massacre.

Agents had also learned the 18-year-old had gone directly to a gun store from the Denver airport and purchased a shotgun and ammunition. The gun purchase and other warning signs spurred the FBI and local law enforcement issue a public warning about her that day and her potential threat to area schools.

Because of the threat, Columbine and more than 20 other schools outside Denver locked their doors for nearly 3 hours on April 16, and some canceled evening activities or moved them inside.

A manhunt for a woman allegedly 'infatuated' with the Columbine massacre who forced schools in Colorado to close after threatening violence came to an end Wednesday after she was found dead.

About a half million students in the Denver area were forced to stay home the following day because authorities believed Pais still posed a threat to a school, though she never specifically threatened one.

Pais' body eventually was discovered on April 17 near the base of Mount Evans in Clear Creek County, located about 60 miles southwest of Denver, Jefferson County Sheriff Jeff Shrader said at the time.

Authorities knew Pais was last seen in the area on April 15, having been dropped off by a rideshare driver, but it was unclear when she killed herself until the coroner's report was released.

Clear Creek County Undersheriff Bruce Snelling previously told The Denver Post that the "logical likelihood" was that Pais had killed herself on April 15, after a tactical team followed footprints in deep snow and determined she had been dead for more than 24 hours.

While an FBI spokesperson did not comment to the AP on the coroner's report, Shrader said in a statement: "Based on the information we had at the time, local, state, and federal law enforcement agencies, in conjunction with school districts in the Denver Metro area, took the necessary steps to ensure our communities, and particularly our students, stayed safe until there was no longer a threat."

In this April 17, 2019, file photo, a patrol car is parked in front of Columbine High School in Littleton, Colo., where two student killed 12 classmates and a teacher in 1999. (AP Photo/Joe Mahoney, File)

The search for Pais came amid preparations for memorial events marking the Columbine massacre.