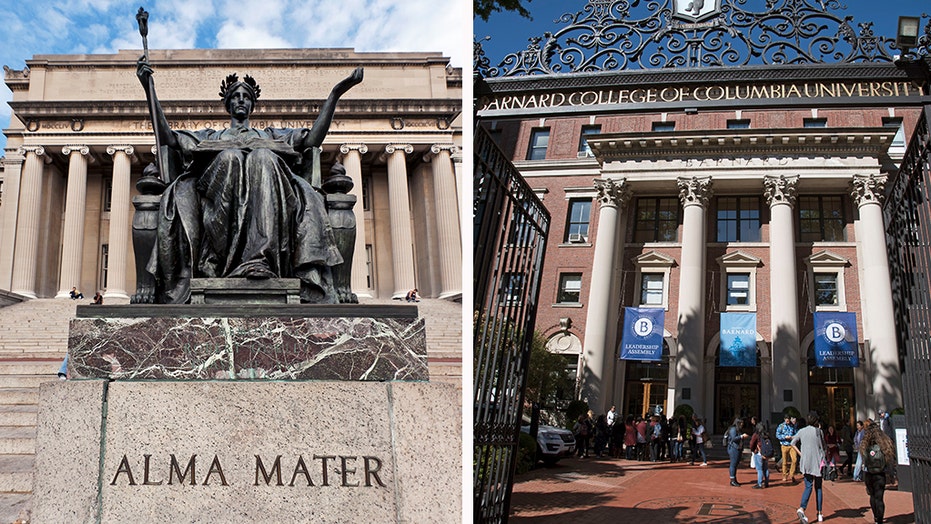 A report released on Wednesday refers to Columbia University and its sister school, Barnard College, in New York City as “a hotbed for hate,” documenting “systemic anti-Semitism and an ingrained delegitimization of Israel” at the schools.

Alums for Campus Fairness (ACF), an alumni network trying to combat campus anti-Semitism and anti-Israel bias, released the 33-page report, which cited more than 100 incidents “that have contributed to a hostile climate” at the colleges since the 2016-17 academic year and included “anti-Semitic expressions, incidents targeting Jewish students and staff, and BDS (Boycott, Divestment, and Sanctions) activity.” The report recorded how the work of Columbia faculty members has allegedly targeted Jewish and Zionist students.

“These campuses are arguably the most prominent settings for university-based anti-Semitism in the United States,” the report said.

The report details incidents classified as anti-Semitism under the International Holocaust Remembrance Alliance’s working definition: bigotry against Jewish people often used by the U.S. government and other governments.

A report released on Wednesday by Alums for Campus Fairness (ACF), an alumni network trying to combat campus anti-Semitism and anti-Israel bias, refers to Columbia University and its sister school, Barnard College, in New York City as “a hotbed for hate,” documenting “systemic anti-Semitism and an engrained delegitimization of Israel” at the schools. (Alums for Campus Fairness)

One incident mentioned in the report is from November 2018 when a Columbia University Jewish professor’s office was vandalized with swastikas and an anti-Semitic slur was found spray-painted in red in the entryway to the Holocaust scholar’s office.

“My generation of Jewish university students is expected to live in an environment, where the demonization of the Jewish state, the Jewish people, and Zionism are commonplace,” Barnard sophomore Donna Shashoua said. “This report reminds us that we must speak up and work with Columbia University administration to create a better campus climate, for ourselves, for future students, and for our entire community.”

The ACF report also documented a “die-in,” a form of protest in which participants simulate being dead, on Columbia’s campus, which was held in May. At the protest a student speaker with the group Students for Justice in Palestine reportedly read a statement that condoned terrorism and delegitimized Israel.

Ofir Dayan is a junior at Columbia University studying political science and the daughter of Dani Dayan, Israel’s consul general in New York.

Dayan, the president of Columbia University’s Students Supporting Israel, said her group attended the die-in protest in May and also submitted a complaint: "Columbia decided to discard it and not do anything about it.”

Dayan said the “harassment” that Jewish and pro-Israel students face on campus has been documented and presented to Columbia University officials several times, but “there was always an excuse not to do something about it.”

”For example, when we complained about a professor, Hamid Dabashi, who wrote on his Facebook page comparing Israel to Isis, he was saying the only difference between Israel and Isis is that Israel has an army of columnists in The New York Times,” Dayan told Fox News.

“So when we complained to the University’s discrimination and equal opportunity office they said it’s his private Facebook page and freedom of speech so he can say whatever he wants. But at the end of the day he’s teaching classes and people who are sitting in his classes, mainly Jewish people, are scared of being graded by a professor who views them in this way.”

In May 2018, Dabashi, a tenured Columbia University professor of Iranian studies, was under fire for a controversial series of tweets he fired off following President Trump’s announcement the United States pulled out of the Iran nuclear deal.

Dabashi, who also teaches comparative literature at the Ivy League school, blamed Israel for every “dirty” problem in the world in a tweet posted in May 2018.

Dabashi did not immediately respond to Fox News’ request for comment.

“I don’t think Columbia is anti-Semitic, I am doing what I am doing because I love Columbia and want to make it a safer and better place for Jewish students,” Dayan told Fox News on Thursday.

A Columbia University spokesperson said in a statement sent to Fox News on Thursday, “Columbia is deeply proud of our thriving Jewish student, faculty and staff communities on campus, the contributions and accomplishments of our Institute for Israel and Jewish Studies Center, and the many other academic initiatives, public programs, and social events that are part of the fabric of Jewish life here.”

A statement sent to Fox News from a Barnard College spokeswoman said:  “Barnard College values its vibrant Jewish community and is committed to providing all of our students, faculty, and staff with the support and resources they need to express their religious beliefs in a welcoming environment. Anti-Semitism has no place at Barnard and is a direct violation of our non-discrimination policy. We will continue to uphold the rights of everyone on our campus and provide students with the skills and abilities to think critically, deeply, and with moral courage about the complex world around them."