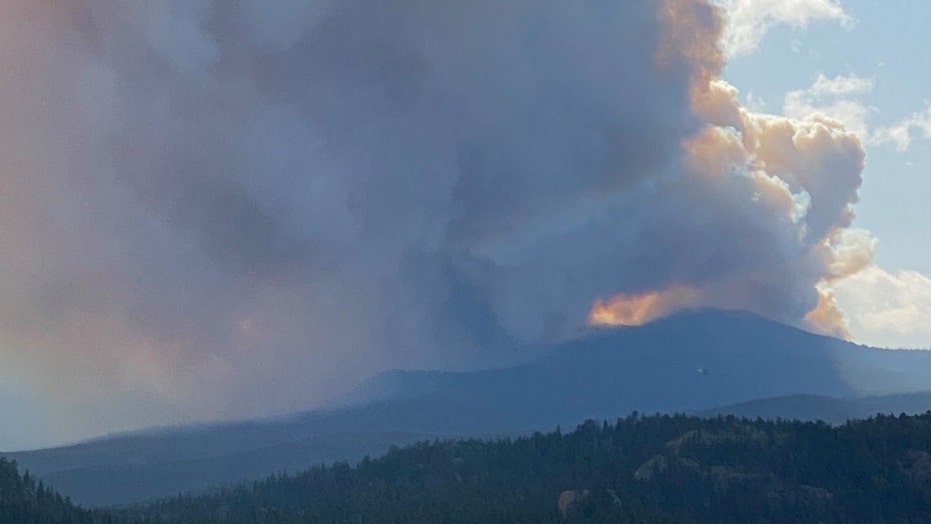 A wildfire that's been burning since the middle of August has grown to become the third-largest in Colorado's recorded history as Denver faces choking smoke on Sunday, according to officials.

The Cameron Peak Fire has now burned at least 120,251 acres in the Roosevelt National Forest, adding some additional 1,000 acres on Saturday morning.

"This is now the 3rd largest individual fire on record for the State of Colorado," the National Weather Service (NWS) forecast office in Boulder tweeted.

The blaze is now 25% contained and located about 25 miles east of Walden and 15 miles south of Red Feather Lakes, according to fire officials.

Red flag weather conditions with hot and dry weather have created "extreme fire activity" as firefighters have been challenged by wind gusts up to 60 mph.

The blaze is threatening a Buddhist retreat near Red Feather Lakes and choking Denver and the northern Front Range with smoke, FOX31 reported.

Forecasters said smoke from the fire is expected to push over Denver throughout the day on Sunday.

An air quality alert has been issued through at least 4 p.m. Sunday through the Front Range corridor.

The Larimer County Sheriff’s Office said Saturday the fire destroyed an unknown number of buildings along Colorado State Highway 14 between Rustic and the Fish Hatchery.

The fire is still too active for the assessment team to access the area.

"Crews and equipment will continue engaging the fire directly where there is a high probability of success and it is safe to do so," officials said. "Firefighting efforts will focus heavily on protecting structures at risk."

Another blaze burning in Colorado, the Pine Gulch Fire, which is now 100% contained after burning outside Grand Junction, ranks among two of the three largest wildfires in state history.

All 10 of the largest fires in state history have come since 2002, according to the Denver Post.

The wildfires in Colorado come as California is still facing over two dozen major blazes and weather conditions over the next two days that may allow for more blazes to quickly spread.