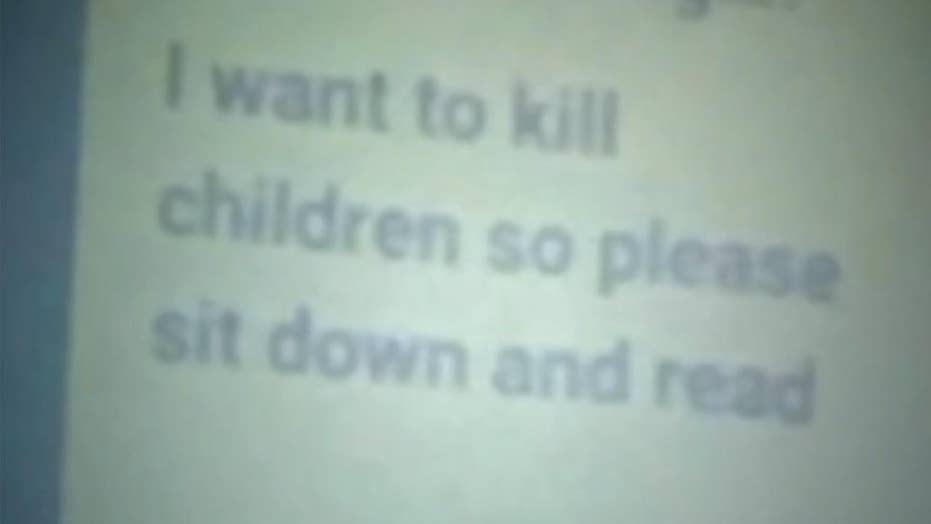 A Colorado middle school teacher resigned after projecting a disturbing message on a classroom screen: “I want to kill children.”

The teacher, Kris Burghart, who taught eighth grade at Otho E. Stuart Middle School in Commerce City, resigned on Friday just weeks after he was put on administrative leave for the message, school district officials told The Denver Post.

The note, projected on a screen earlier this month, read: “Silent reading … I want to kill children but I am a loving Christian man who never would hurt a flee (sic) so please sit down and read.”

A student took a picture of the message and shared it with school officials. Tracy Rudnick, spokeswoman for Commerce City School District 27J, told the newspaper that Burghart admitted to writing the message.

"Silent reading … I want to kill children but I am a loving Christian man who never would hurt a flee (sic) so please sit down and read.”

Burghart, who declined to comment on the message or his resignation, was well liked by students and called the incident “unfortunate,” Rudnick said

“But we don’t stand for anyone making threatening remarks,” she added.

In a letter to parents, the principal, Fabricio Velez, said students were never in danger, according to Fox 31. “Please know that we take any allegations concerning the safety and security of our Raptors very seriously,” he said in the letter. “I can assure you that your student was not in danger at any time.”

“I can assure you that your student was not in danger at any time.”

Superintendent Chris Fiedler called the post “unacceptable” in another letter to parents. “It is my firm belief that at no time, under any circumstance is it acceptable to threaten harm to our students — not as a teaching tool, not as venting frustration, not as a joke,” he wrote, according to The Denver Post.

On the school’s Facebook page, parents voiced their displeasure with Burghart’s resignation.

“He’s the greatest teacher at this school in my opinion,” one parent said.