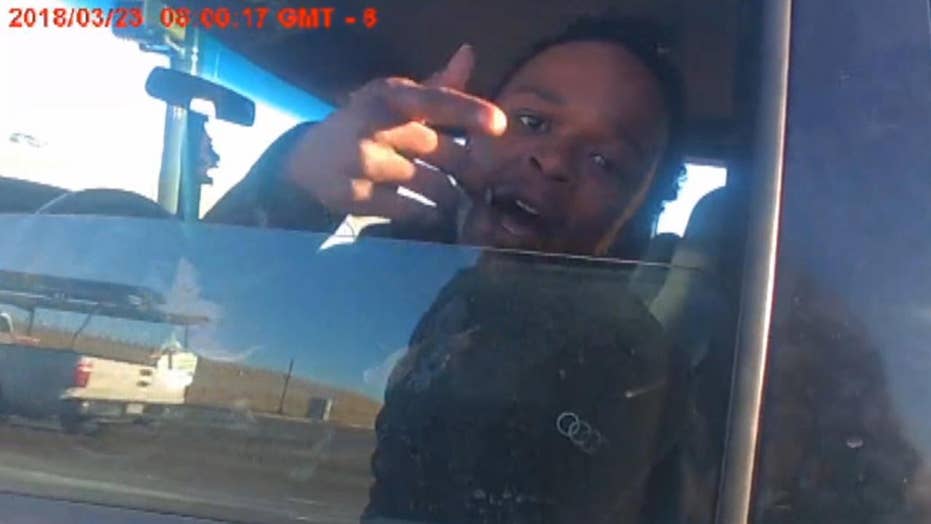 Two Colorado cops were suspended Wednesday for their involvement in leaking body camera footage of the Denver mayor's son threatening an officer as part of an expletive-laden outburst.

Aurora police officers Paul Timmons and Judy Gurley-Lutkin received a one-day suspension after the department found they were involved in prematurely leaking the video of Jordan Hancock, the son of Denver Mayor Michael Hancock, FOX31 reported.

Hancock told McClendon, “Because that’s my motherf---ing dad,” when the officer asked why the title of the car was in the name of Denver’s mayor.

He became even more agitated when McClendon said he needed to take a photo of the 22-year-old because he was driving without a license. The officer had already processed a speeding ticket.

The police department found no wrongdoing by McClendon. Internal affairs, however, did find McClendon showed the body camera footage to Timmons, who recorded it with his cellphone and played it to Gurley-Lutkin. The officer then showed it to her husband.

Hancock has personally apologized to McClendon and paid the $275 fine for the speeding ticket, FOX31 reported.