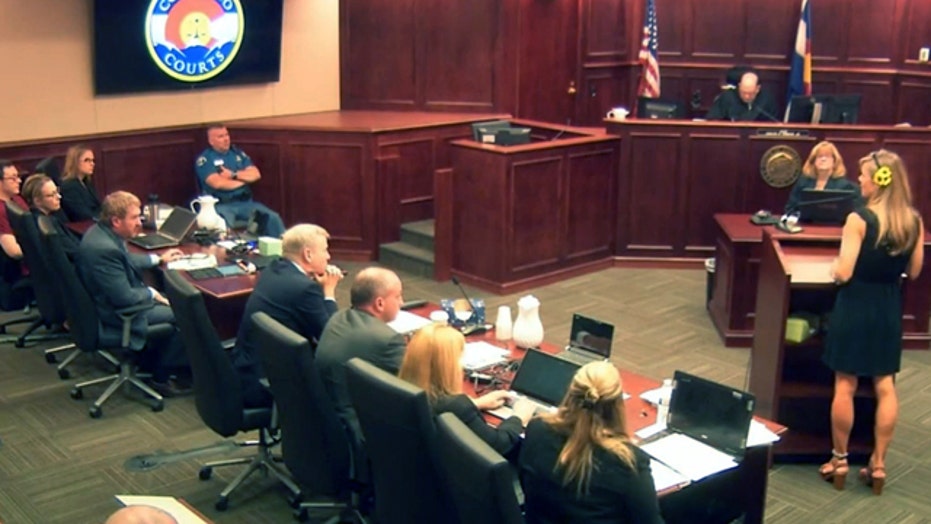 James Holmes, the Colorado gunman sentenced to life behind bars for murdering a dozen people at a midnight movie, has been moved to an out-of-state maximum security prison after a fight with a fellow inmate.

The fight occurred last fall, as Holmes left a meeting with a case manager inside the Colorado State Penitentiary in Canon City, a Colorado Department of Corrections spokeswoman told FoxNews.com. Holmes was not injured and did not require medical treatment, she said.

The incident was first reported by ABC News, which said Holmes has been moved out of state. Spokeswoman Laurie Kilpatrick confirmed the transfer but declined to say where the killer is now housed.

Holmes has been transferred after a run-in with another inmate. (AP/Denver Post)

On July 20, 2012, Holmes slipped into the premiere of "The Dark Knight Rises," stood before the capacity crowd of more than 400 people, threw gas canisters and then opened fire with a shotgun, assault rifle and semi-automatic pistol.

He was sentenced to life in prison without parole after a jury failed to agree on whether he should get the death penalty.

The nine women and three men said they could not reach a unanimous verdict on each of the 24 murder counts. Holmes, who studied neuroscience at University of Colorado, blamed his actions on mental illness.

ABC News reported that Holmes was not supposed to come in contact with anyone beside prison staff during his time at Canon City. But on Oct. 8, after a staffer opened one of the sliding gates, Holmes was put in the close proximity of convicted car thief Mark Daniels, ABC News reported.

James Holmes in August 2015, when he was still in Colorado. (Colorado Department of Corrections)

The report said the officer with Holmes was unable to contact the office controlling the gate and Daniels “ran through the slider, squeezing through as it was closing toward Holmes” and hit the killer in the head. The two were apparently broken up by staff.

Daniels later appeared to be unremorseful over the incident and wrote to a local newspaper, “I’m sorry I couldn’t wipe him out and sent [sic] him packing to Satan’s lake of fire. “It was just impossible to do with so many cops. I did get him six or seven good ones…He was very scared.”