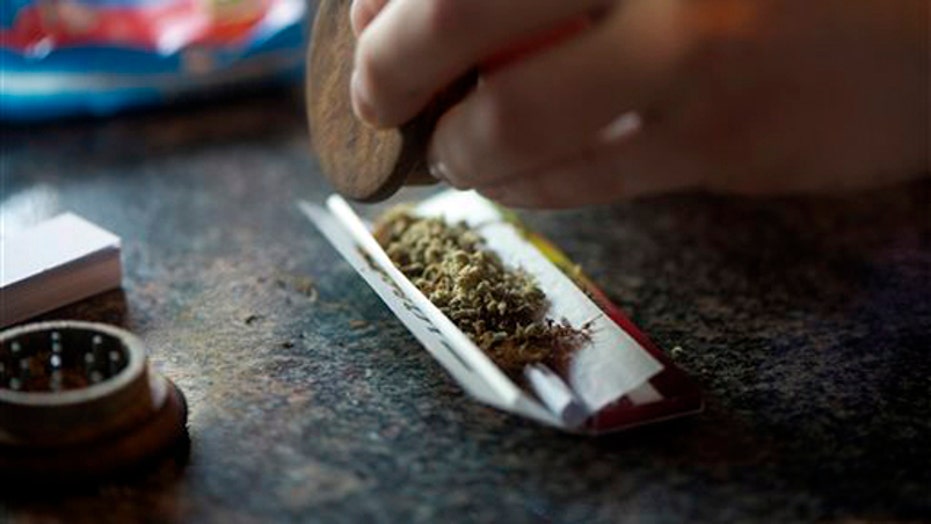 The tax total reported by the state Department of Revenue indicates $14.02 million worth of recreational pot was sold. The state collected roughly $2.01 million in taxes.

The pot taxes come from 12.9 percent sales taxes and 15 percent excise taxes. Voters approved the pot taxes last year. They declared that the first $40 million of the excise tax must go to school construction; the rest will be spent by state lawmakers.

Colorado has about 160 state-licensed recreational marijuana stores, though local licensing kept some from opening in January. Local governments also have the ability to levy additional pot sales taxes if they wish.

Monday's tax release intensified lobbying over how Colorado should spend its pot money. Budget-writers expect the nascent marijuana industry to be extremely volatile for several years, making lawmakers nervous about how to spend the windfall.

Budget-writing lawmakers joke that plenty of interests have their hands out to get a piece of the pot windfall.

State police chiefs have asked for more money, too.

"The whole world wants to belly up to this trough," said Sen. Pat Steadman, a Denver Democrat who serves on Colorado's budget-writing Joint Budget Committee.

Other countries also are watching Colorado, which has the world's first fully regulated recreational marijuana market. The Netherlands has legal sales of pot but does not allow growing or distribution. Uruguay's marijuana program is still under development.

Colorado's pot revenue picture is further complicated by the state's unique budget constraints, known as the Taxpayers' Bill of Rights.

The Bill of Rights not only requires voter approval for tax increases, it limits budget-writers when those taxes earn more than the figure posed to voters. Last year's pot vote guessed that the taxes would produce $70 million a year, and it's not clear what lawmakers can do with tax money that exceeds that figure.

Colorado's JBC plans a Wednesday briefing with lawyers to lay out their options for spending pot taxes beyond $70 million.

"There probably is a tendency to want to just grab on to this revenue from marijuana and feed my own pet projects, and I don't think it's going to be that simple," said Sen. Kent Lambert, R-Colorado Springs and another JBC member.

Colorado's 2014-15 budget is under debate now and does not include any anticipated recreational marijuana taxes.