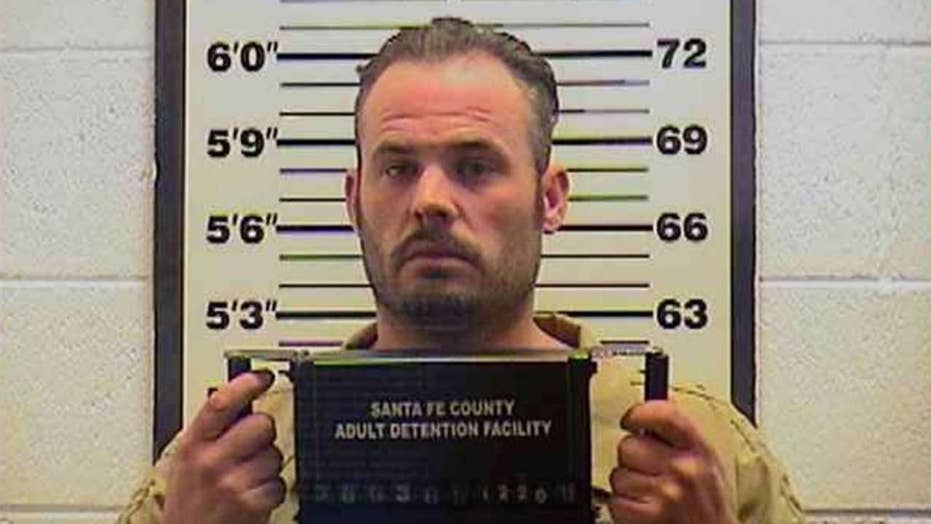 A Colorado man allegedly told his 12-year-old son that he “earned his man card” following the murder of a mother of four last month.

The alleged comments from Heith Gleason surfaced in a police affidavit viewed by KOAA. Both the father and son have been charged in the woman's murder.

The body of Amy Garcia, 41, was found on Dec. 20 in the driver’s seat of a burned-out car riddled with bullet holes in Walsenburg, Colo.

A witness who apparently interacted with Gleason inside his home prior to the killing told police that he and Garcia had been arguing about alcohol.

The witness told police that Gleason picked up a gun, said “I’ll kill her,” and then walked outside, KOAA reported. Moments later, a single gunshot was heard, then Gleason walked back in and said he didn’t kill Garcia, the affidavit said.

Police said the witness then told them Gleason went back outside with his son and a .22-caliber firearm, and more gunshots were heard.

When Gleason came back inside a second time, he told the witness that his son “just earned his man card”, KOAA reported, citing the affidavit.

The father was jailed while the son was being held in a youth detention center. It was not immediately clear what the relationship between Gleason and Garcia was.