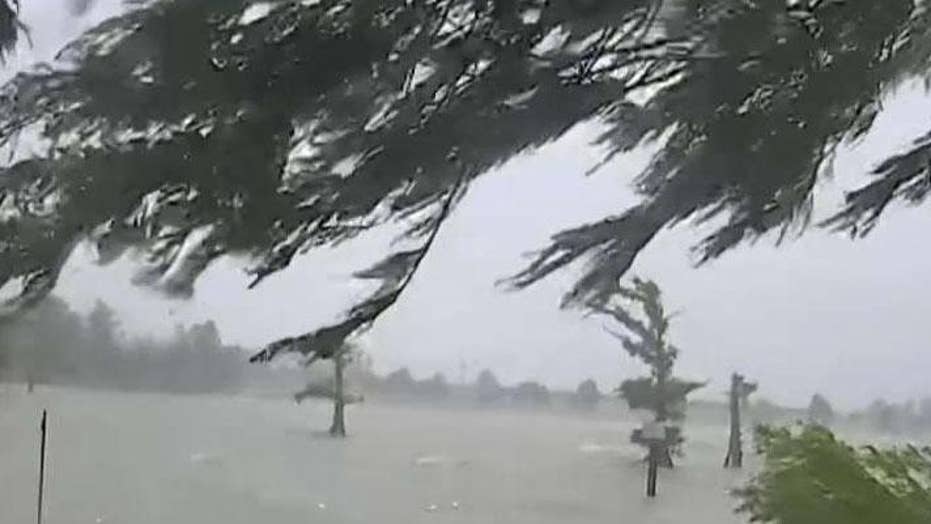 A dozen people stranded on a remote Louisiana island by Tropical Storm Barry are being rescued by the U.S. Coast Guard.

Petty Officer Lexie Preston told the Associated Press that some people were on rooftops and that four people and a cat had already been taken from the island on a helicopter. She said a boat is also heading to the area to help get the rest of the people off the island.

The Coast Guard reported that none of the rescued strandees, including four who were elderly, were injured, WWL-TV reported.

Isle de Jean Charles and other low-lying areas in Terrebonne Parish were under a voluntary evacuation order Friday, the station reported.

Isle de Jean Charles, home to fish camps on stilts, is a narrow stretch of land with only one road in and out, according to reports.

Tropical Storm Barry is forecast to make landfall as 2019’s first hurricane near Morgan City, La. It is expected to dump up to 20 inches of rain in the region.