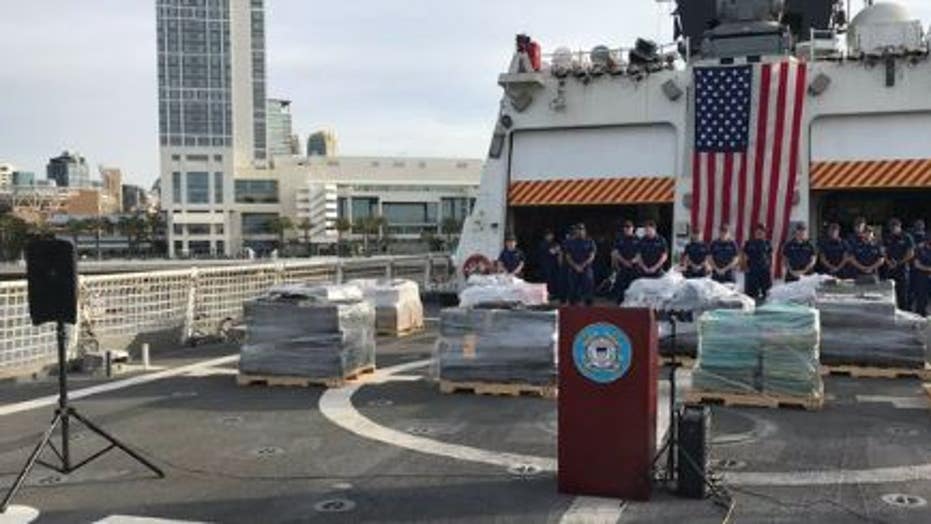 The U.S. Coast Guard on Wednesday offloaded an estimated $312 million worth of cocaine that had been seized from smugglers in the eastern Pacific Ocean.

About 18,000 pounds of the drug were offloaded from the Coast Guard cutter Bertholf at a port in San Diego, Fox 5 reported.

The huge haul resulted from interdictions by the crews of five cutters between mid-October and early December in a portion of the Pacific Ocean used as a drug-smuggling corridor, the Coast Guard said.

The U.S. Navy, federal agencies and international partners were also involved in the counter-drug operations.

“This cycle of justice disrupts the cycle of crime, which, left unchecked, fuels violence and instability that corrodes our hemisphere’s social and economic fabric and directly contributes to historically high drug-related deaths in neighborhoods across the United States,” Fagan said.

The bundles of cocaine offloaded Wednesday will be turned over to federal agents who will prosecute the traffickers, the San Diego Union-Tribune reported.