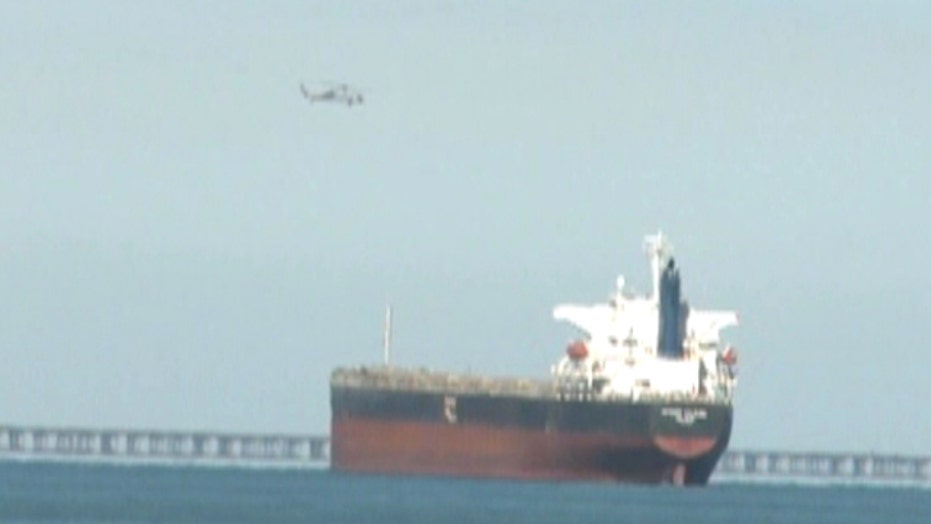 The Coast Guard says it has called off the search for a Navy crew member missing in a helicopter crash off Virginia.

The U.S. military deployed a massive search for the sole missing crew member who was on board a MH-53E Sea Dragon helicopter that crashed Wednesday, killing two of its five crew, during a training exercise off the coast of Virginia Beach.

The Coast Guard, which specializes in maritime search and rescue, joined the Navy in the search that extended into Thursday morning.

But Thursday afternoon Capt. John Little, Coast Guard section commander, said,"We're not actively looking, but we have an on-the-scene presence."

Earlier Thursday, a Coast Guard spokesman expressed signs of optimism that the unidentified crew member could be found alive.

"He was wearing a dry suit," John Miller, a spokesman from the Fifth Coast Guard District, told FoxNews.com. "And the fact the other crew members were able to get out of the helicopter is a sign that this person may have been able to get out."

An adult could survive probably one to three hours in 40 to 50-degree water and would become exhausted or unconscious between 30 and 60 minutes, according to the Personal Flotation Device Manufacturers Association website. Survival also varies based on body size, body fat percentage and movement in the water.

Miller said the Coast Guard has deployed a cutter and a small boat in the 42-degree water. The Navy had two helicopters searching an area off Virginia's coast where it has been determined by currents and tide changes to be most likely place to find the crewman.

"The Navy trains its crews to be capable to survive in these conditions," he said, pointing out that other factors may be at play including unknown injuries and the crewman's mental state.

The two surviving sailors were being treated at Sentara Norfolk General Hospital. One is listed in serious condition, the other has been upgraded to fair, the Navy said in a news release.

The Navy identified the aircraft as an MH-53E Sea Dragon assigned to Helicopter Mine Countermeasures Squadron Fourteen based at Naval Station Norfolk. In July 2012, two crew members were killed when the same model helicopter crashed into a canyon in the Gulf nation of Oman while lifting a downed aircraft.

According to the Naval Air Systems Command website, the three-engine helicopter searches for sea mines and does onboard delivery missions. The 99-foot craft holds a crew of up to eight, including two pilots and is capable of speeds of more than 170 mph.

It was not immediately known why the chopper, which weighs up to 34 tons, went down about 20 miles from Virginia Beach, and the Navy said the crash is under investigation.

The Navy said the identity of the dead crew men would be released 24 hours after their families were notified.

According to a Navy investigation obtained by The Virginian-Pilot in November, the July 2012 crash of the $50 million helicopter revealed a series of problems within the Navy Sea Dragon program, which is headquartered in Norfolk. In that specific crash, the report blamed the crew for skipping preflight safety checks and for failing to develop a concrete plan for how and when to abort the mission.

But Navy Commander Todd Flannery told the newspaper following the investigation that the Navy has invested millions of dollars to upgrade and better maintain its remaining 29 Sea Dragon airframes since the crash, including adding more than 100 maintenance personnel to the Norfolk-based squadrons.

The Navy had planned to phase them out beginning in the mid-2000s, but kept the Sea Dragons flying because the service had no viable replacement.