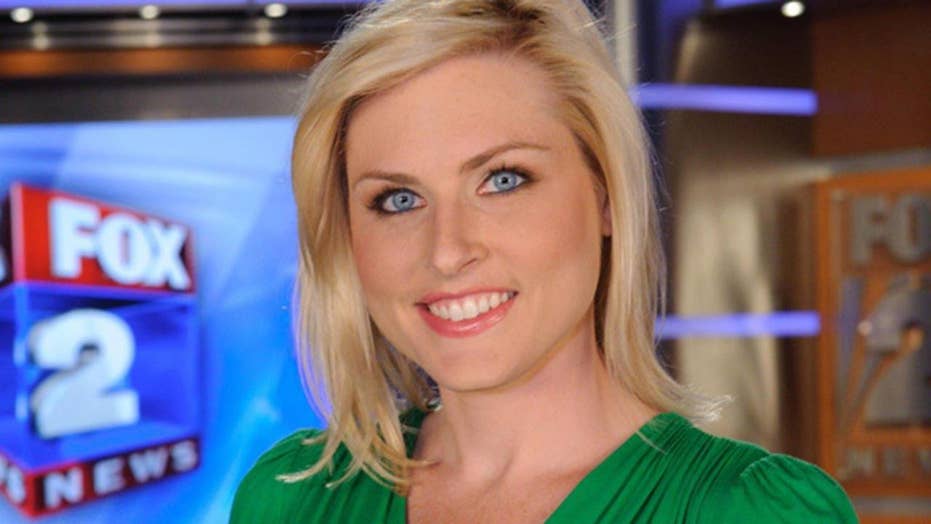 Tragic news from FOX2 Detroit. They have reported on Thursday that their very own meteorologist, Jessica Starr, a 35-year-old Michigan native, committed suicide.

Jessica Starr's high school basketball coach lauded the Michigan native as a "hometown hero," pointing to the hard-working and well-liked meteorologist as an example of what it means to have "made it."

A day after the 35-year-old Starr's shocking suicide was announced -- live, on-air by her emotional colleagues -- coach Robert Schopf said nothing has changed about the way he'll describe her.

"Kids have been hearing about her -- and that's not going to stop,” Schopf told FOX2 Detroit, the television station Starr worked for. “She's still a success story from Walled Lake Central [High School] and I'm not going to stop telling that story."

Colleagues, friends and the Detroiters who'd welcomed Starr into their homes each newscast continued to mourn her loss Friday, with online tributes and a video honoring her work. At one point Thursday, FOX2 broadcast various clips from Starr's six-year tenure at the news station. A narrator in that video tribute lamented her sudden death as “Time cut short in a life that gave so much light to this world.”

Her success at FOX2 made her a symbol of success, especially for those attending her alma mater, Walled Lake Central in Commerce Township.

"She's been a hometown hero for us for a long time. Her picture with my basketball team has been on my wall for 18 years,” Schopf told the station, showing an image of Starr in a uniform with the number 33. “I have pointed out to students, 'that's the channel 2 weather person, look how she's made it. Look how well she's doing.'”

But when the camera turned off, Starr had her struggles.

She recently had been off the air for several weeks recovering from Lasik eye surgery and subsequent complications. She last tweeted Nov. 14 and, at the time, it was believed her comments referred to the post-op difficulties she'd been having. In retrospect, it's not so clear.

"Yesterday was a struggle for me. I really wanted to come back but need more time to recover. Please keep me in your thoughts during this challenging time," Starr wrote.

Starr leaves behind two children and her husband, according to a tweet posted by FOX2 anchor Roop Raj.

In FOX2 Detroit's tribute video on Thursday, the unidentified narrator summed up the staff's broken-hearted reflections on Starr's life.

“A story 35 years short that begged for a different ending,” the narrator. “So we stop in deep sadness and give thanks that number 33 made it to two -- FOX2. A shining star. A light that will never fade in the eyes of the town she loved and called home.”