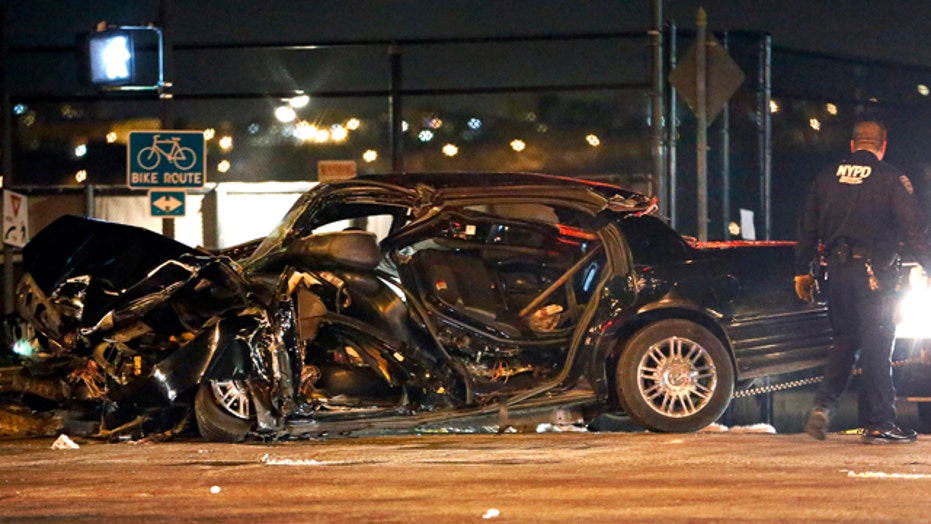 A co-worker of Bob Simon's black-car driver had been so concerned about the disabled operator's "erratic driving" that he warned superiors to fire him — just two days before the man crashed and killed the famed "60 Minutes" correspondent.

Abdul Reshad Fedahi's colleague complained about him because passengers had been griping about his behavior at the wheel, sources told The Post Friday.

"Management said they'll check with the lawyers, and they said if he has a valid license, he can work," another driver added. "And then this happened."

Fedahi, 44, whose license had been suspended nine times, is suspected of speeding before the crash on the West Side Highway that killed Simon Wednesday evening.

Investigators believe Fedahi — who has the use of only one arm following a failed suicide bid — accidently hit the gas instead of the brake after his Lincoln Town Car grazed a Mercedes-Benz C30 in the center lane.

His sedan then veered to the left and smashed into the metal posts that divide the road.

Simon, 73, a renowned war ¬reporter, was sitting in the back seat without a seat belt on and suffered a fatal broken neck and head trauma.

Fedahi has been hospitalized with two badly broken legs and a broken arm.

Law-enforcement sources said Friday that he is sticking to the story he told his relatives just after the accident: "I blacked out, and I think I got hit from behind."