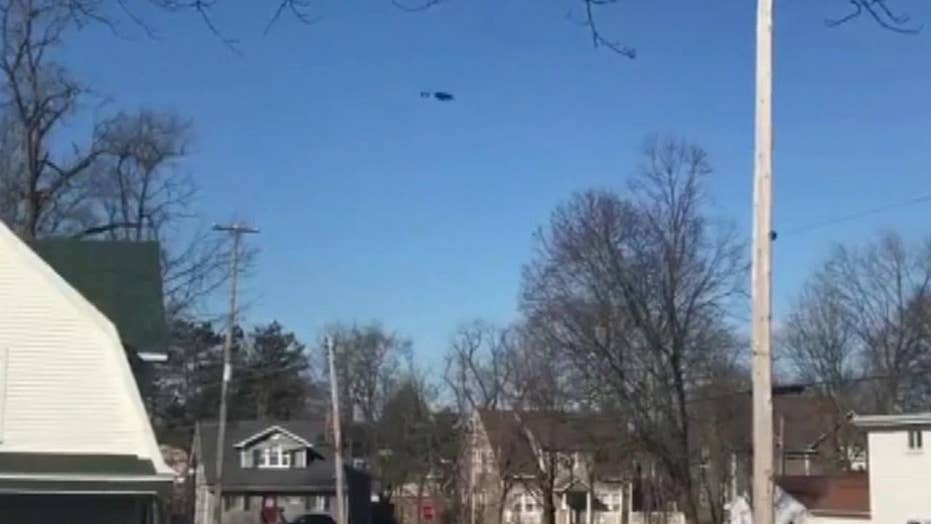 Deantre DeYoung, 20, met Davis Jr. when they were high school freshmen at a school east of Chicago, the Chicago Tribune reported.

“He was a good kid, always,” DeYoung told the newspaper. “You would never expect something like this to come from James.”

"He was a good kid, always. You would never expect something like this to come from James."

The 19-year-old was arrested shortly after midnight Saturday after a daylong search by police, who said parents James Eric Davis Sr. and Diva Davis were fatally shot Friday morning inside Campbell Hall at CMU.

"Just from knowing him for a brief time, I didn't think that would happen," he said. "It is unbelievable."

Other friends told the station that Davis was quiet, polite and “the product of a good family.”

Jordan Murphy was a longtime friend of Davis Sr., who brought his son to Murphy’s home on several occasions, the Tribune reported.

“Junior was a very respectful man, raised by upstanding parents, who would do anything to protect him and his siblings,” Murphy said. “This is an incredibly tragic event, and I pray for Eric's other children. This is so incredibly out of character, something went wrong somewhere.”

Murphy also told the Tribune that Davis Jr.’s parents were loving and “ever-present parents who doted on their children.”

Juan Leal and his family spent a lot of time with the Davis family, Fox 2 Detroit reported.

"They were a loving, close family, and they were really proud of him going to college," Leal told the station.

"Since 1999, Officer Davis had admirably served as a part-time officer in the Bellwood Police Department, and his contribution to our community positively impacted everyone he served and served with," police Chief Jiminez Allen, under whom Davis Sr. served, told the Lansing State Journal.