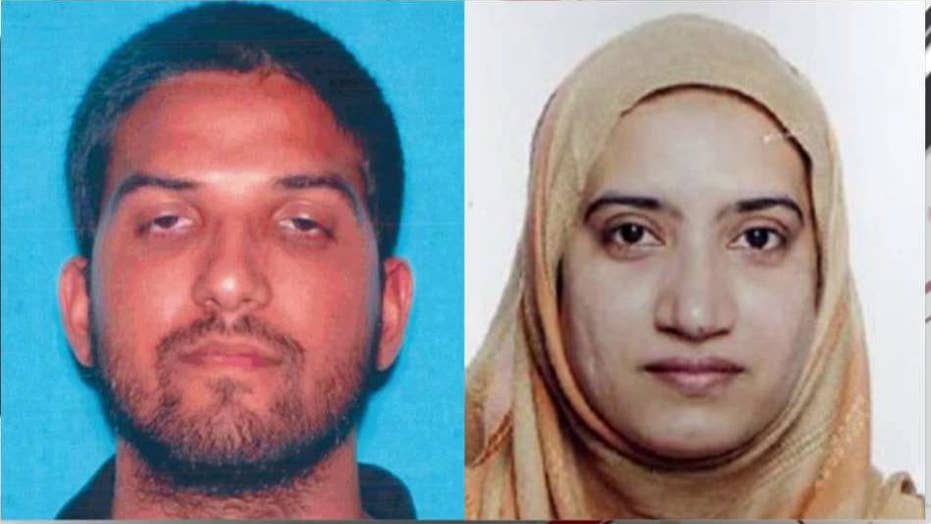 The cleric acting as spokesman for the San Bernardino mosque where terrorist Syed Rizwan Farook worshipped claims he barely knew Farook and didn’t know his terrorist wife at all. But phone records and other evidence uncovered by federal investigators cast doubt on his story.

The FBI has questioned the cleric, Roshan Zamir Abbassi, about his phone communications with Farook — including a flurry of at least 38 messages over a two-week span in June, coinciding with the deadly Muslim terrorist attack on two military sites in Chattanooga, Tenn.

Abbassi, a Pakistani, insists he had nothing to do with the shooting at a San Bernardino County government building five miles from the mosque. While he confirms the text messages with Farook, he claims they were merely discussing food donations for his Dar-al-Uloom al-Islamiya of America mosque.

Abbassi maintained at a press conference that he didn’t know Farook any better than he knew the reporters in the room. But members of the mosque say Farook was a fixture there. He had been coming to pray and study at least three times a week for two years. In fact, he memorized the Koran there, something you cannot do without learning Arabic, a subject Abbassi teaches.
Modal Trigger
Cleric Roshan Zamir Abbassi was grilled over possible ties to killer couple Syed Farook and Tashfeen Malik.Photo: EPA

His other assertion that he never even saw Farook’s wife, Tashfeen Malik, also strains credulity. Malik joined her husband in shooting 35 of his government co-workers at a Christmas party.

“No one knows anything about his wife,” assistant imam Mahmood Nadvi agreed. “She never came to prayer.”

But longtime mosque member Gasser Shehata, who claimed to have prayed “shoulder to shoulder” with Farook, said Dar-al-Uloom prepared a chicken-and-rice dinner to celebrate the couple’s wedding last year. Reportedly, hundreds of congregants attended the walima reception, including the mosque leadership.