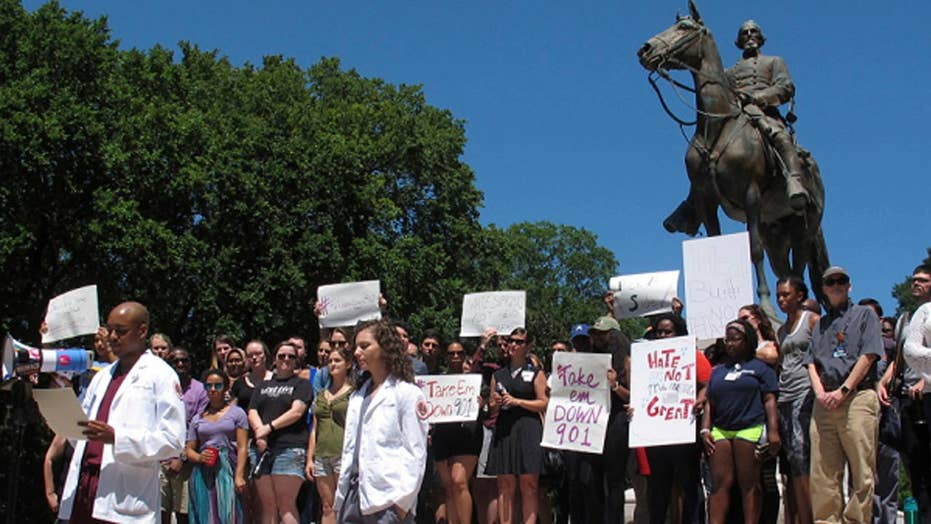 Bryan Llenas reports on reaction across the country

A 124-year old Confederate monument in Virginia is one step closer to being removed after the Portsmouth City Council signed off on a plan to seek a judge’s opinion about whether the 35-foot tall granite obelisk can be taken away.

The city’s attorney believes they have the authority to remove the monument, which features four statues at the base of the obelisk, but want to hear from a judge to avoid litigation.

The effort was sparked in part by Charlottesville’s “Unite the Right” rally in August regarding the removal of a statue of Robert E. Lee, which ultimately resulted in the death of Heather Heyer, who was demonstrating against white nationalism.

Portsmouth Mayor John Rowe called for moving the monument to Cedar Grove Cemetery on Aug. 17, saying at a news conference, “People understand that it’s a memorial to the dead. Putting it in a cemetery is appropriate.”

A Change.org petition to replace Portsmouth’s monument with a statue of rap star Missy Elliott has garnered almost 33,000 signatures.

“We can’t do something that’s illegal,” Councilman Nathan Clark, who voted in favor of the plan but is opposed to moving the monument, told the Virginian-Pilot. “It’s still a decision for the courts.”

All but one member of the council voted to seek a judgement that the city owns the monument and that state law allows the city to relocate it.

The council also asked the city to draft a resolution that supports moving the monument to the cemetery, which has a section of graves belonging to Confederate soldiers, according to the Virginian-Pilot. That resolution will be voted on at the council’s Oct. 10 meeting.

Nationwide, a debate is raging over how to handle Confederate monuments and whether to remove them—some call them a symbol of slavery and racism, while others claim they are about history and heritage.

“I see oppression where you see a symbol of pride,” civil rights activist Lou Gibbs told the council, noting that the monument sits where slaves were once publicly punished. “You see a statue. I see a whipping post.”