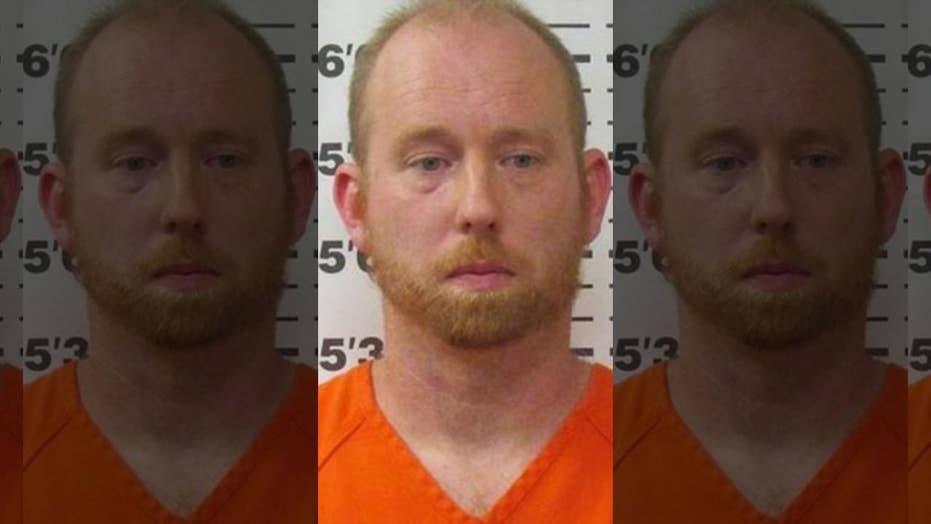 Chiropractor who served in the Navy faces charges in quadruple homicide

A chiropractor who served in the Navy is facing charges in North Dakota for a quadruple homicide.

The person police believe walked into a real estate office and killed four people -- shocking residents of a small town unaccustomed to such gruesome violence -- is a chiropractor who served in the U.S. Navy.

Chad Isaak, 44, of Washburn, N.D., was arrested Thursday, three days after the killings at RJR Management, a business that collects rents for property owners, including the suspect's landlord.

A court affidavit made public Friday says three victims were shot and stabbed and the fourth was stabbed and that the attack was captured on surveillance video.

"It is clear on the surveillance that the attacker is the sole individual inflicting injury upon the victims," Mandan Police Officer Tyler Henry said.

The affidavit says Isaak left the scene after removing the bright colored clothes he was wearing and that a search of his home turned up similar-looking clothing, a knife with bent blade tip and parts of a handgun.  All these items all bore traces of chlorine bleach.

The affidavit further states that the search also turned up a business card for RJR, Robert Fakler, 52, one of the victims, and nine shell casings. The victims had been shot nine times, according to the document.

Henry doesn't cite a motive for the killings in the court document.

The murders happened in Mandan, a town near the state capital of Bismark with a population of 22,000 and a tiny police force. There hadn’t been a murder in Mandan since 2016.

“It's been a difficult week for everyone involved," Mayor Tim Helbling said.

The other victims were Lori Cobb, 45, and her husband, Bill, 50, and Adam Fuehrer, 42. Each had been shot and stabbed, according to the affidavit. Fakler was only stabbed. A memorial service for them is scheduled for next week.

Online records show Isaak has been a chiropractor in Washburn for 13 years. His professional license runs out in September.

A 1995 marriage announcement said Isaak was an assistant lab technician in the U.S. Navy serving at Pearl Harbor.

He had no prior arrests in North Dakota, Kxnet.com reported.

Investigators identified Isaak as a suspect after reviewing hours of surveillance video and identifying Isaak’s vehicle as being at the scene, police said.

“Further investigation led to McLean County Sherriff’s Office locating the vehicle in Washburn," police said. "McLean County Deputies conducted a traffic stop on the suspect vehicle and detained Isaak while a search warrant was executed on the vehicle."

“Evidence discovered on Isaak and in the vehicle provided probable cause to place Isaak under arrest for the murders,” police also said.

The affidavit says the evidence police found in the vehicle included human blood.

Isaak’s landlord, Rolf Eggers, said he never met Isaak and never heard of any problems with him. Eggers said he talked to Falker several times a week about the property and Isaak never came up.

"He was a non-issue," Eggers said. "He never attracted any attention."

The arrest was a relief to Bri Miller, Lori and Bill Cobb's daughter.

“Mandan Police Department have been doing everything they possibly can to get to the bottom of this unimaginable, senseless act,” Miller wrote ate Thursday on Facebook. “Although many questions are still going through the families minds, at least a bit of relief has been lifted off of our shoulders.”