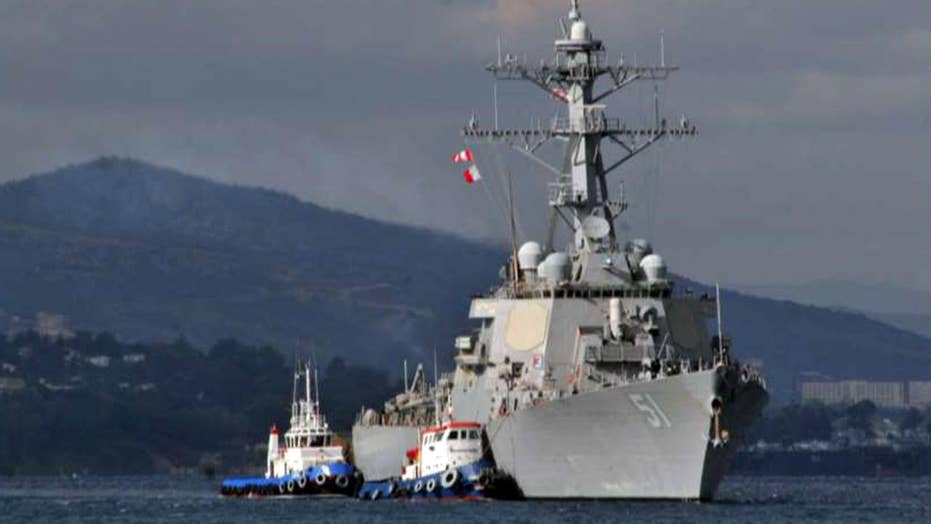 US official: Chinese spy ship spotted near US missile test

It is the first time the North American Aerospace Defense Command had seen this class of Chinese spy ship before near Alaska, the official said. The ship was spotted off the coast of Kodiak, on Alaska's southern tip.

The THAAD element provides the ballistic missile defense system with a globally-transportable, rapidly-deployable capability to intercept and destroy ballistic missiles during their final, or terminal, phase of flight.

The THAAD test, however, was conducted against an intermediate ballistic missile and is not a weapon used against ICBMs, only short and medium range missiles.

China has sent warships to Alaska before, however.

When former President Barack Obama visited Alaska in 2015 China sent five ships, and recently a Chinese warship trailed a U.S. warship when it sailed earlier this month near a contested island in the South China Sea.

China recently launched a new class of destroyer in Shanghai, which analysts say is on par with modern U.S. Burke class guided-missile destroyers.

China now has roughly the same number of destroyers, cruisers and submarines as the U.S. Navy, according to new study from CNAS a Washington think tank.

China's first fully functional aircraft carrier just sailed near Taiwan after making a port call in Hong Kong that marked 20 years since the British handed the city over.

The carrier was declared combat ready following initial tests in November. It does not, however, have advanced steam catapults to launch jets like a modern U.S. Navy aircraft carrier. The Chinese carrier has a "ski jump" on the bow to launch its jets.