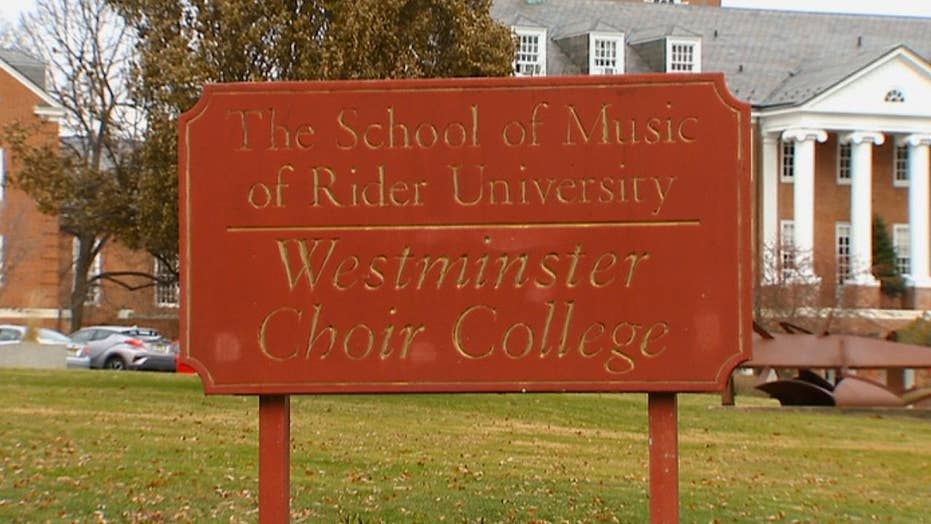 Alumni of Westminster Choir College in Princeton, NJ are concerned about growing interest in the college by Kaiwen, a Chinese education company thought to be a government owned defense contractor for the Chinese Navy. They are worried that Kaiwen will buy the school and eventually shut it down or change its mission of training ministers of music in the Christian evangelical tradition. Eric Shawn reports on efforts by alumni to stop the sale.

A Chinese conglomerate will not buy a prestigious college, Westminster Choir College in Princeton, N.J., after opponents warned the sale would extend the threat of China's infiltration of American academia.

Rider University announced that the sale of Westminster, which for almost 100 years has been the nation's preeminent academic institution for advanced musical studies in the Christian evangelical tradition, is off.

Rider College had hoped to unload the school to the Chinese firm Kaiwen Education, for $40 million. But worried alumni claimed that the company intended to run the school is really owned by Bejing Wenhuaxuexin Education, which is a subsidiary of Bejing Kaiwen Education Technology, "a for-profit Chinese entity owned and controlled by the government of China."

The alumni group sued to stop the sale, claiming that just three weeks before it announced its intention to buy Westminster, Kaiwen changed its name from Jiangsu Zhongtai Bridge Steel Structure Company, "a manufacturer of components of Chinese naval vessels and is a defense contractor" for China's military," in order "to create the veneer and seeming appearance of an education entity to justify its acquisition of Westminster Choir College."

"This is a huge victory," alumnus Constance Fee told Fox News. She was part of the alumni group that fought against the sale. "Rider University has been forced to drop this effort that would have destroyed a leading school of music and an icon in the international cultural world. As a member of the European opera circuit for many years, and now a professor of music at a liberal arts college (Roberts Wesleyan College), I can say that we have taken a major step in protecting a cultural treasure and our intellectual freedom."

In its announcement, Rider University said that it will continue to operate Westminster and will nevertheless "explore an alternative relationship" with Kaiwen, in addition to having an agreement to work on academic and artistic initiatives with it for the next three years.

"Throughout this process, we have continually sought to preserve and enhance Westminster's legacy as a world-class institution, and we made every effort to maintain the college in Princeton," Rider President Gregory G. Dell'Omo said in a statement.

"Given the enormous complexity of the transaction, it became increasingly clear that partnering with an outside entity, even one as well-intentioned as Kaiwen, was not feasible on a viable timeline," he said.

The proposed sale ran into several roadblocks, including the opposition of the activist alumni group, an investigation by the State's Attorney General's office, and opposition in the state legislature in Trenton. The office of Attorney General Gurbir S. Grewal accused Rider of not responding to its inquiries and concealing relevant information about the sale.

A State Assembly resolution also said that "the proposed sale of the choir college to a Chinese government-owned company could jeopardize the security of United States citizens."

"Kaiwen is gone!" declared the Rider University chapter of the American Association of University Professors, the professors' union.

Alarm bells over Beijing’s creeping influence over American university life have prompted the U.S. government to monitor China's attempts to get a foothold on U.S. campuses.

Cruz spoke to Fox News earlier this year. He has been warning about the Chinese outreach and introduced legislation called the Stop Higher Education Espionage and Theft Act, to address the concern.

"The American government needs new tools to protect the integrity of our universities and research, and to block academic espionage," he said.

Afran, the Westminster alumni group lawyer, told Fox News that the scrapping of the deal is the first step toward protecting American institutions of higher learning from possible Chinese domination.

"Dozens of U.S. colleges and universities have already come under pressure to meet Chinese government demands as to curriculum and public speakers at the risk of losing Chinese financial support for exchange programs and Confucius Institutes, which are now featured at more than 100 U.S. colleges and universities,” he said. “The planned takeover of Westminster Choir College by a China government-controlled company would have been China's first acquisition of an American college, in this case one of the world's leading cultural institutions."