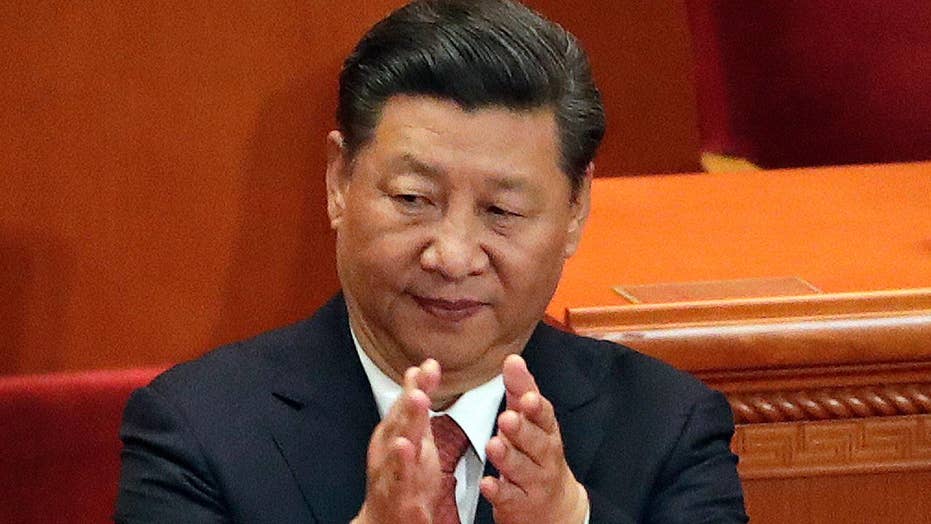 Is the US at the end of the road with China?

What China needs to do to take on North Korea

China's government expressed "strong dissatisfaction" with the U.S. on Friday over the U.S. Navy's latest "freedom of navigation" operation in the South China Sea.

On Thursday, a U.S. Navy official said the destroyer USS John S. McCain sailed past Mischief Reef, one of China's man-made islands in waters that China claims it controls.

Chinese Foreign Ministry spokesman Geng Shuang said in a statement the U.S. move undermined Chinese sovereignty and security and endangered the safety of frontline personnel from both sides.

Geng said the Chinese navy "identified the U.S. warship, warned and expelled it."

With all eyes on North Korea, and President Trump promising "fire and fury" for Pyongyang over its nuclear and missile programs, the U.S. Navy quietly dispatched the USS John S. McCain, a guided-missile destroyer, within 12 nautical miles of Mischief Reef.

It was the third time the Pentagon has conducted a "freedom of navigation" challenging China's claims in the region since Trump took office. Fox News first reported the previous incident in July.

A US Navy P-8 reconnaissance plane flew nearby to monitor Thursday's operation, according to a separate defense official. It did not take part in the operation

USS Dewey, another guided-missile destroyer, sailed by Mischief Reef in May.

Twelve nautical miles from shore marks the territorial boundary for all nations. Since the U.S. and international community reject China's claim to the island and the surrounding sea, the passage of a U.S. destroyer close by the island amounts to a protest of sort, known as a "freedom of navigation" operation in Pentagon argot.

China has built seven artificial islands in the region in the past few years.

The warship is named after the father and grandfather of U.S. Sen. John McCain, R-Ariz., who were both U.S. Navy admirals. The senator visited the warship in Vietnam in June.

The official said this latest freedom of navigation operation was planned in the past few weeks. They have been occurring roughly each month since May.

Trump has been calling on China to do more to rein in North Korea's nuclear and ballistic missile programs, but with little success.

The Trump administration did manage to get China and Russia's support for a unanimous 15-0 UN Security Council resolution last weekend which aimed to take $1 billion in exports away from the rogue communist regime.