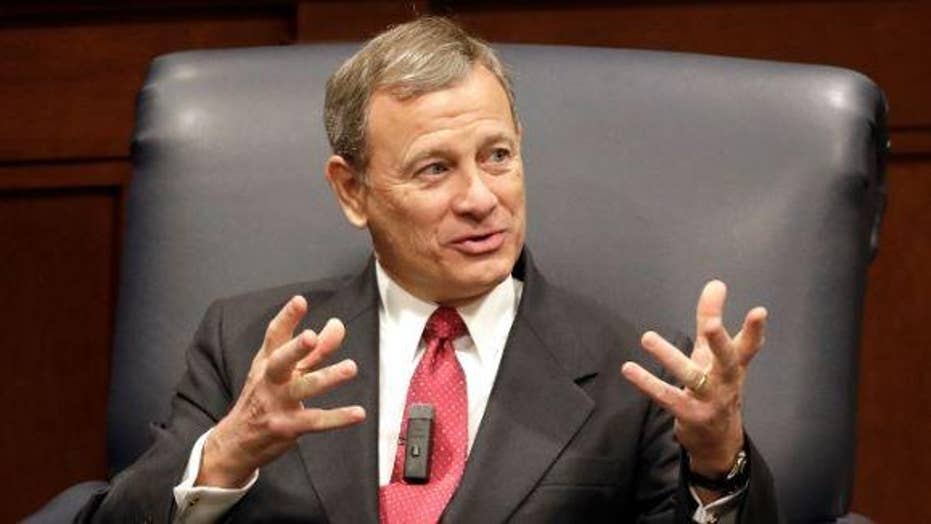 On Wednesday, Roberts sided with a 5-3 majority decision to send a case concerning a death row inmate back to a lower court. In February, Roberts was the key vote in temporarily blocking a Louisiana law that would have placed restrictions on abortion clinics.

And in December, Roberts voted to block President Trump from rejecting asylum to any immigrants who had crossed the U.S.-Mexico border illegally.

The controversial nomination of Brett Kavanaugh to succeed Justice Anthony Kennedy was widely expected to be the beginning of a more rightward shift for the court. But Roberts’ recent voting pattern seems to indicate otherwise.

Nominated in 2005 by President George W. Bush, Roberts, 64, quickly established himself as a solidly conservative judge. From his nomination through the 2016-17 term, Roberts sided with his liberal colleagues only four times – most notably in upholding the Affordable Care Act in 2012.

Still a proponent of protecting the institutional integrity of the court, Roberts rebuked President Trump’s description of a judge in November who ruled against Trump’s new migrant asylum policy as an “Obama judge.”

“We do not have Obama judges or Trump judges, Bush judges or Clinton judges,” Roberts said after Trump's remark. “What we have is an extraordinary group of dedicated judges doing their level best to do equal right to those appearing before them."

Roberts added: “That independent judiciary is something we should all be thankful for.”

Erwin Chemerinsky, a law professor at the University of California at Berkeley, told Bloomberg that Roberts’ recent voting record may indicate that he is taking his role as the median justice “very seriously” and that the recent period was “perhaps the beginning of his being the swing justice.”

“But I would not come to that conclusion too quickly,” Chemerinsky added.