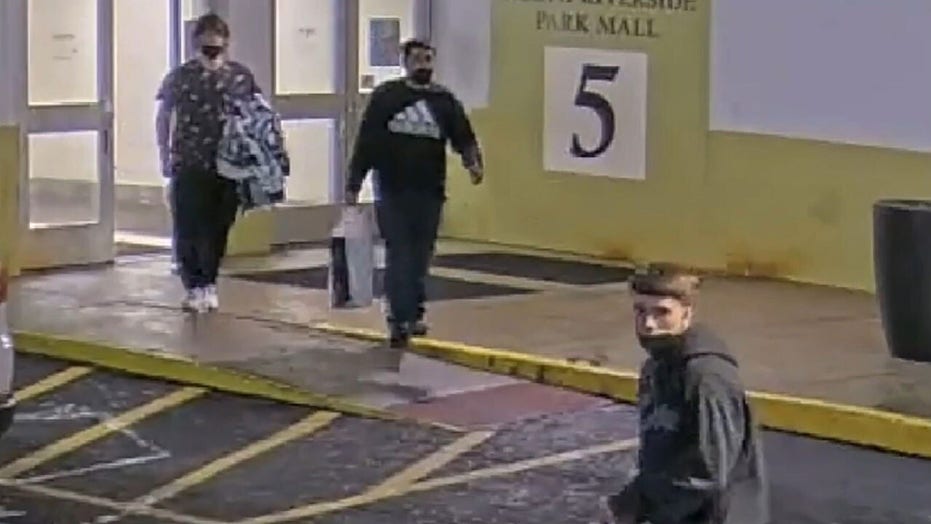 Chicago police released video of three suspects wanted in connection with the armed robbery of a man who serves as the director of the Chicago Film Office.

Chicago police have released video of the three suspects they say beat and robbed the director of the city's film office, 51-year-old Kwame Amoaku, outside his home.

The young men rifled through Amoaku's car and took his credit card, which they allegedly later used to buy clothes at a mall.

"This [morning] I was attacked, beaten, and my car stolen by three kids," Amoaku said in a Facebook post, according to Reel Chicago. "Thanks to all who have reached out. I’m in the ICU. I’m going to be OK."

LIGHTFOOT APPOINTEE BEATEN, ROBBED OUTSIDE HIS CHICAGO HOME: 'I'M IN THE ICU'

The three suspects took off in a gray Dodge Caravan, returned to the scene moments later to continue battering Amoaku and then fled again. Amoaku was taken to a hospital in serious, but stable condition with a head injury and fractured arm.

A woman who identifies as Amoaku's daughter on Facebook asked for the public's assistance through a Meal Train fundraiser during his recovery, but had no comment when contacted by Fox News Digital.

Amoaku himself also declined to comment to the Chicago Sun-Times when reached by phone.

Amoaku was appointed to lead the city's film office in July 2019 by Mayor Lori Lightfoot.

Prior to his current role, Amoaku was location manager for "Chicago Fire" and for the Netflix movie based on Chicago’s hip-hop scene, "Beats." He also acted in various locally filmed TV shows, according to a city's Department of Cultural Affairs and Special Events Facebook post. He attended Southern Illinois University.

Anyone with information about the incident is asked to contact detectives at (312) 746-8251. Anonymous tips can also be submitted online.