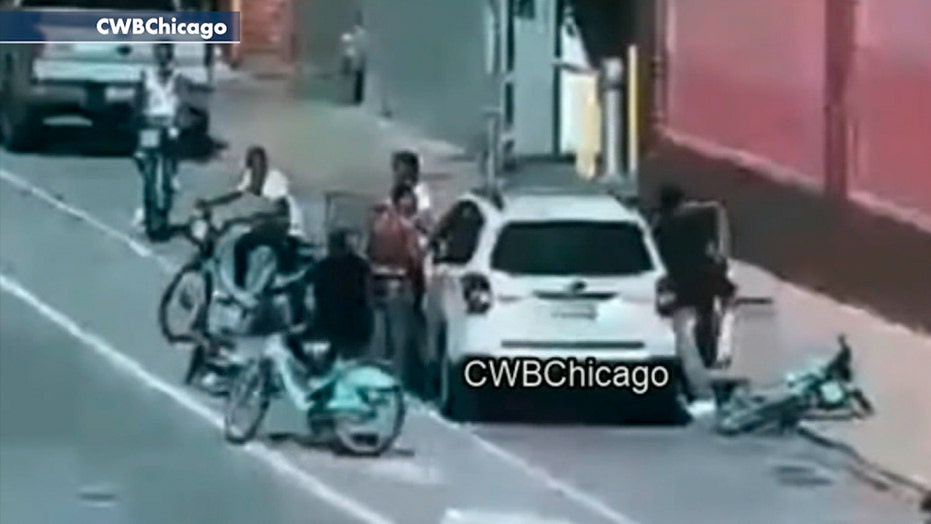 Chicago Police surveillance cameras capture the moment a large group of Divvy bike riders carjacks an 82-year-old in the Streeterville area of Chicago.

A group of teen boys and young men carjacked an 82-year-old Chicago man over the weekend, according to local reports.

The alleged assailants yanked the victim out of his white SUV, tossed some of his belongings onto the street and left him standing on the side of the road as they sped off, video obtained by one local outlet shows.

There were so many suspects that they didn’t all fit in the car. Some pedaled off on rental bikes before escaping on a Red Line train, CWB Chicago reported.

The alleged assailants yanked the victim out of his white SUV, tossed some of his belongings onto the street and left him standing on the side of the road as they sped off. (Courtesy: CWBChicago)

Police said the suspects were between 14 and 20 years old.

The group had all been riding rented bicycles from Divvy, a bike-sharing program, when they approached the victim around 10 a.m. Sunday, according to the outlet.

Four of them abandoned their bikes when they fled in the stolen vehicle, the video shows.

The theft comes after a rash of carjackings in the city that police also attributed to teens and children, although it’s unclear whether they were committed by the same suspects.

Earlier this month, Chicago police said a group of four to six young African American males allegedly approached more than a dozen victims between June 23 and July 18, demanding their vehicles and property. They fired gunshots in at least two of those incidents, although no one was reported injured.

A security guard thwarted another attempted carjacking when he chased away three gunman trying to victimize a woman and her child on July 22, the Chicago Sun-Times reported.

President Trump last week announced a “surge” of federal law enforcement officers to help crime-stricken cities around the country, including in Chicago, as part of “Operation Legend.” 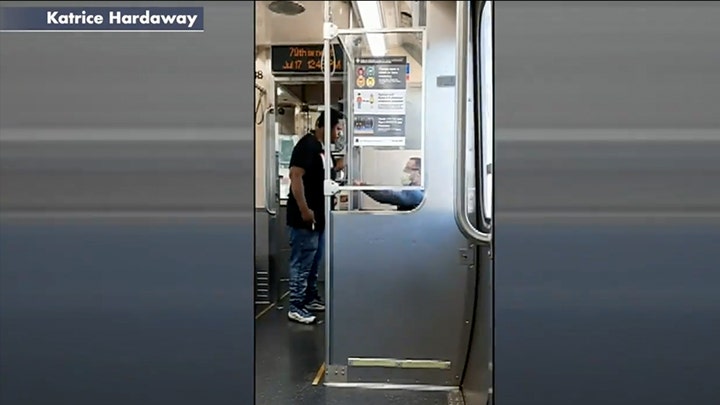 The federal anti-violence operation is named after 4-year-old LeGend Taliferro, who was asleep in his Kansas City, Mo., home around 2:30 a.m. on June 9 when gunfire ripped through the wall and fatally struck him, according to authorities.

Operation Legend first launched in Kansas City on July 8. Attorney General William Barr announced last Wednesday that it would expand into other cities plagued by similar spikes in violence – including Chicago.