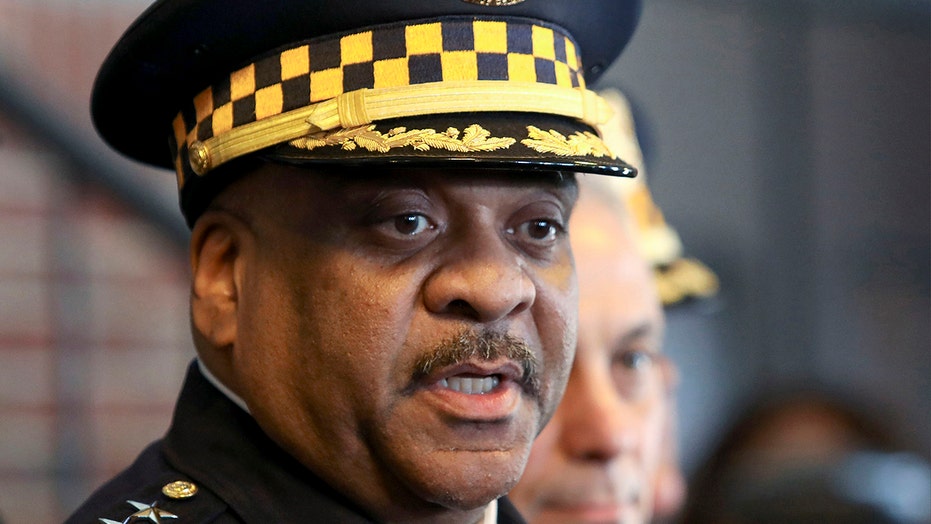 Eddie Johnson, the superintendent of Chicago Police, has requested the department investigate him after he was caught sleeping in a car at a stop sign — which the city's mayor claims came after the top cop had "a couple of drinks with dinner."

Johnson, 59, asked for the internal investigation after a passerby spotted him parked near a stop sign on Thursday and called 911. The superintendent said that while he was driving, he felt lightheaded and pulled over.

Anthony Guglielmi, a spokesperson for the department, said Johnson changed a medication he takes earlier in the week, and recently had concerns about feeling exhausted.

Chicago Police Superintendent Eddie Johnson, pictured here in March 2019, requested an internal investigation on himself after he was caught sleeping in a car on Thursday. (AP Photo/Teresa Crawford, File)

But on Friday, Mayor Lori Lightfoot told the Chicago Sun-Times that Johnson confessed to her he had drank alcohol with his most recent meal.

“I know what the superintendent told me, which is that he was … changing medication … He’d been out to dinner with some folks. He told me he was driving home," she said. "He felt ill and pulled over to the side of the road, which he believed was the prudent thing to do … [Internal Affairs Divison] will sort out the rest.”

NYPD SERGEANT KILLS HIMSELF, MARKING 10TH OFFICER TO DIE BY SUICIDE THIS YEAR IN THE CITY

Lightfoot said she has "no reason to doubt" Johnson's story, and said "we know he's had some medical issues." The mayor said she didn't ask Johnson if he'd been drinking, but said he revealed that information on his own.

Johnson, 59, blamed the incident on a medication mix-up.  (REUTERS)

Guglielmi said Johnson, who makes $260,044 per year, requested an investigation of himself because he thinks police officers and the superintendent "ought to be held to the highest standard."

“So what that means is they’re going to interview the officers, they’re going to look at all available evidence just to make sure that this is above-board and happened as described,” the spokesperson said.

Johnson, appointed in March 2016 by then-Mayor Rahm Emanuel, was hospitalized in June after doctors found a small blood clot in his lung during a stress test done as the superintendent approached the two-year anniversary of his kidney transplant, which happened in August 2017.