A woman with ties to Mexican drug lord Joaquin "El Chapo" Guzman Loera is pushing back against federal charges by arguing that she was given immunity when her husband worked as an informant against the now-convicted kingpin, court papers show.

Vivianna Lopez was charged earlier this year in federal court in Chicago for allegedly laundering money that had been illegally obtained through the sale and distribution of drugs. She is now seeking documents from federal prosecutors regarding the immunity agreements in an attempt to show they breached those agreements.

EL CHAPO: WHAT TO KNOW ABOUT CONVICTED DRUG KINGPIN

"Immunity, whether express or implied, is a promise delivered with contractual force," states a motion filed in the Northern District of Illinois on Dec. 24. 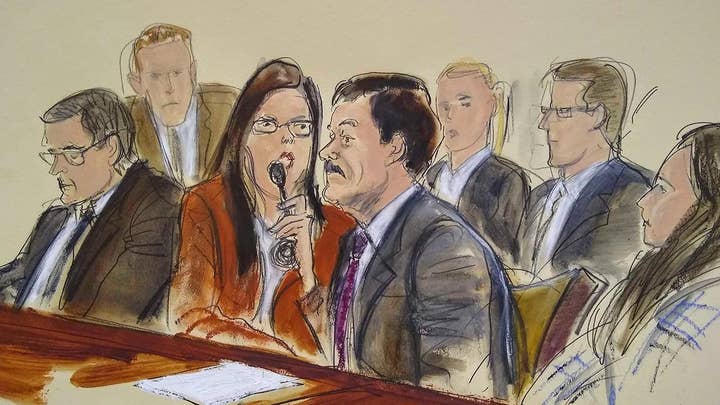 Lopez, a 40-year-old Chicago resident who also went by the name "Mia Flores," is reportedly the wife of one of the most prominent cocaine dealers in Chicago." A press release announcing her June 9 indictment detailed how she and others "laundered drug trafficking proceeds generated by" the husbands of Lopez and another woman, Valerie Gaytan.

But Lopez’s attorneys argued that the government had indicated even during her husband, Pedro Flores’s, testimony in the trial for El Chapo that she had been given immunity. El Chapo stood trial in the Eastern District of New York in 2018 and was ultimately convicted. He is now appealing.

"At no time during the El Chapo trial did the government object, interrupt or indicate Mr. Flores’s testimony about his wife’s immunity was untruthful," the motion states. The attorneys later add that they find it "difficult to fathom that the Eastern District of New York’s United States Attorney’s Office would suborn perjury or, at a minimum, elicit untruthful and incredible testimony from Mr. Flores during such a high-profile trial."

The motion goes further to say the indictment "compromises the safety of Ms. Lopez and her family."

Her attorneys are seeking several documents, including "all reports, statements, memoranda or other memorialization pertaining to immunity or nonprosecution agreements" for Lopez and any interviews that the government conducted with her. They are also requesting any documents "that memorialize, describe, or pertain to meetings between the government and Vivianna Lopez, Pedro Flores or any other person in which immunity or a declination to prosecute Vivianna Lopez was discussed."