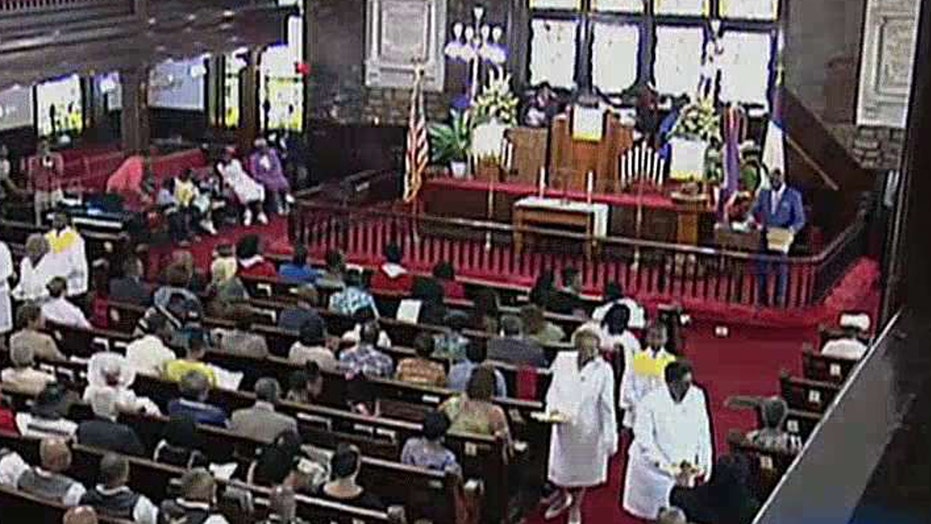 South Carolina's governor somberly held up programs from the funerals of the victims of the Charleston church shootings, saying Friday during a memorial service that the faith of those victims showed how to heal in the aftermath of still another mass shooting.

"As for me, I will forever know that there are angels on Earth," said Gov. Nikki Haley during a three-hour service that was alternately somber and then punctuated by joyous singing.

Friday was the anniversary of the shooting deaths of nine black parishioners during a Bible study at Emanuel AME Church. A white man, Dylann Roof, faces charges in both state and federal courts and prosecutors in each are seeking the death penalty.

Haley, who attended the funerals of all the victims, said she got to know the families of both those who were killed and the three survivors in the days and weeks following the shootings.

She recalled each victim, sometimes with gentle humor, as she showed the funeral programs she says she keeps as reminders.

The Rev. DePayne Middleton-Doctor "had the voice of an angel," she said.

Haley said that in the wake of the shootings -- after which many family members of the victims said they forgave Roof, the suspect charged in the deaths -- the people of South Carolina "didn't have protests, they had vigils. They didn't have riots, they had hugs."

The College of Charleston's TD Arena, where the service was held, sits about 5,000 people and was about half full. The stage was lined with the pictures of the nine people killed. Above each were the words "Still Speaking from Eternity."

It's the same venue where President Barack Obama last year led the congregation in "Amazing Grace" during the funeral for Pinckney.

A presidential aide read a message to the congregation from Obama and the first lady in which they said "as a nation we are deeply moved by your boundless love and your unshakeable resilience."