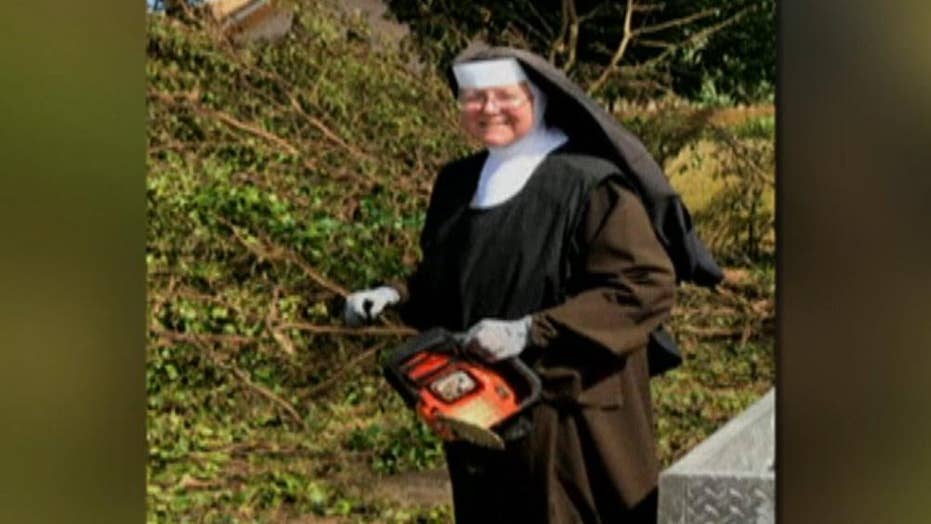 A chainsaw-wielding Florida nun, in full habit, does her part in the Hurricane Irma clean-up effort

Everyone is pitching in to clean up Florida after Hurricane Irma.

That now includes a chainsaw-wielding nun.

Sister Margaret Ann of Archbishop Coleman F. Carroll High School in southwest Miami-Dade County decided to help out by cutting down a fallen tree in a full habit and covered by a black apron and work gloves.

The Miami-Dade Police Department recorded a video of her assistance, which now has gone viral online.

Some commenters on social media though, according to The Orlando Sentinel, didn’t recommend the nun’s garb. They pointed out that wearing loose-fitting clothing while operating a chainsaw can be dangerous.

IRMA LEFT ITS MARK ON 'EVERY' HOUSE IN FLORIDA KEYS, FEMA ANNOUNCES

The deadly storm knocked down trees, power lines and at least three cranes in South Florida -- but the Keys appeared to suffer some of the most significant damage. The Federal Emergency Management Agency (FEMA) estimated that Irma destryed some 25 percent of houses on the Keys.