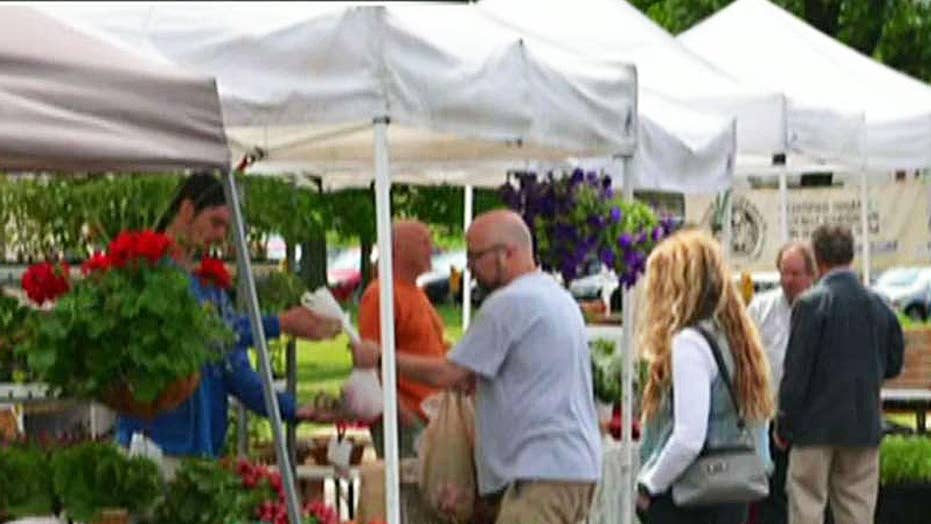 A Michigan farmer banned from selling his produce in East Lansing because he won’t let same-sex couples rent his property for weddings plans to ask a federal judge Wednesday for an injunction against the ban.

City officials plan to ask the judge to deny the farmer’s request and also dismiss his lawsuit against the city.

East Lansing has had LGBT civil rights protections on the books since 1974, but this year it broadened its nondiscrimination ordinance to require anyone doing business in the city – including nonresidents -- to not discriminate against same-sex couples.

The city denied farmer Steve Tennes’ application to be a vendor at the farmers market after a Facebook post he made last December surfaced. East Lansing officials said the post “outlines a business practice” that violates the city’s civil rights ordinances and his policy toward same-sex marriages violates its anti-discrimination policies.

The Facebook post in question said that Tennes’ Country Mill Farms Inc. would continue scheduling weddings at its orchard as long as the ceremonies did not violate Tennes’ Roman Catholic beliefs.

After months of conflict between the farmer and East Lansing officials over Tennes’ refusal to allow same-sex marriages to be held on his property, which is outside of East Lansing, the city banned him and, in May, Tennes sued East Lansing.

His attorney will ask the judge to grant a preliminary injunction that would allow him to continue selling his organic apples at East Lansing’s farmers market. City officials say the suit should be tossed.

“The city created a policy to punish Steve for his religious beliefs,” said Kate Anderson, an attorney for the Alliance Defending Freedom.

Tennes says that he has no problem selling his produce to any member of the LGBT community and that some of his employees at the farm are LGBT. However, by virtue of his religious commitment as a member of the Roman Catholic Church – which deems homosexual relations as sinful – he is conscience-bound to not facilitate something sinful.

Tennes believes that he is now the one being discriminated against and filed suit in late May in the hopes that a judge would award him damages.

“My wife Bridget and I feel tolerance is a two-way street,” he told Fox News in June.

Tennes’ legal team added that the city also has no jurisdiction over what the farmer does on his 120-acre property, which is located 22 miles from East Lansing in the small town of Charlotte.

“The city is reaching way outside of its jurisdiction,” Anderson said. “The precedent being laid down here is very, very dangerous.”

FILE 2008: A male couple inside San Francisco City Hall as they prepare to get married. San Francisco, Calif. (REUTERS)

East Lansing Mayor Mark Meadows, however, told Fox News that the decision to bar Tennes from selling his apples at the market has little to do with the farmer’s personal religious beliefs and free speech being violated or where his farm is located.

“It has nothing to do with free speech,” Meadows said. “Any organization that wants to be a vendor at the market has to comply with all the civil rights ordinances in East Lansing. Tennes’ business wasn’t in compliance with the ordinance and consequently wasn’t granted the opportunity to sell.”

The case has drawn a great deal of attention both locally and nationally, with city officials receiving around 1,100 emails and more than 100 phone calls in the month after the lawsuit was filed.

“The vast majority, they’re opposed,” City Manager George Lahanas told the Lansing State Journal in reference to the city’s stance on the issue. “Many of the opposed were from outside the city or state.”