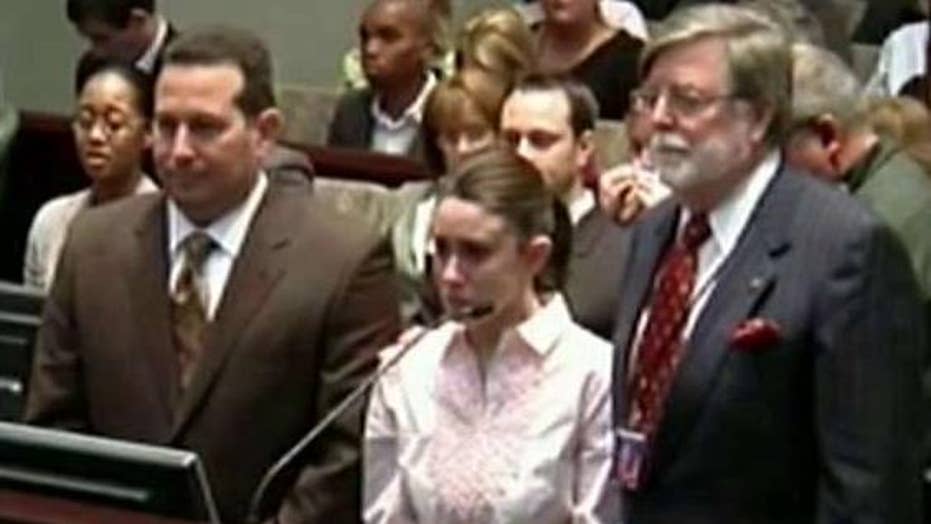 Five years to the day after a jury found Casey Anthony not guilty of murdering her 2-year-old daughter, Caylee, sources told People magazine on Tuesday the mom was having trouble holding down a job.

"She sort of lives like an old person, on a fixed income without much going on in her life. She's bored, and she complains about boredom all the time," one source told the magazine. Her legal team reportedly gave her some financial support.

Anthony's case garnered national media attention after photos showed her partying in the days after her daughter's disappearance.

Prosecutors said she murdered the toddler and hid her body in the woods ouside Orlando for a utility worker to find in December 2008. Defense attorneys said Caylee Anthony drowned in the family's swimming pool.

Anthony's parents, George and Cindy, ran out of money and largely stopped talking to their daughter, a source also said.

In May, a former member of Anthony's legal team claimed the mom had sex with her attorney Jose Baez in exchange for payments before the trial, and that Baez admitted she killed her daughter. The attorney told Fox News the claims were false, calling the investigator "a complete and total moron."