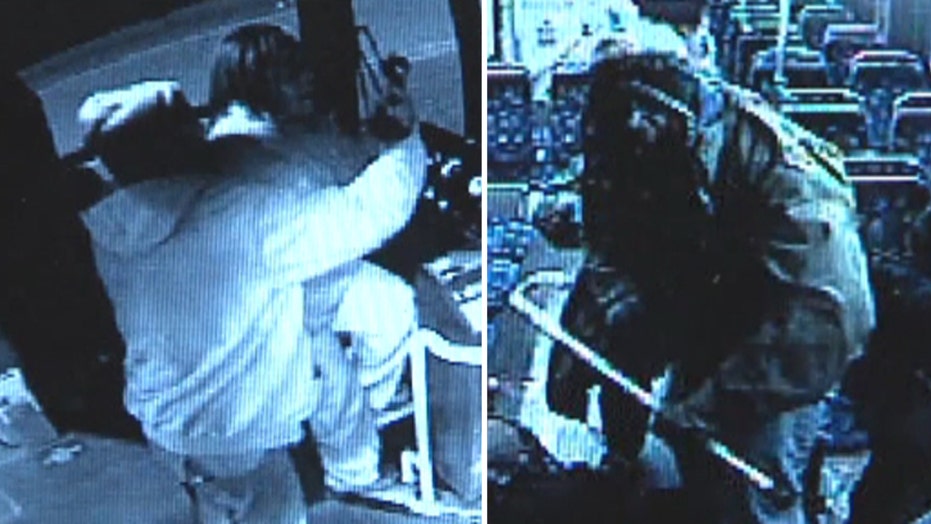 A senior citizen stepped in to stop a dramatic attack on a bus driver in Missouri, hitting the suspect again and again with his cane.

Surveillance footage showed the attack in Kansas City on Saturday. The attacker can be seen approaching the bus driver and harassing her.

$434G WORTH OF COCAINE DISCOVERED IN PLANE'S NOSE GEAR

Then he takes it to the next level.

He grabs her from behind, wrapping his arms around her neck while she screams for him to stop.

Suddenly, a man sitting on the bus springs into action. He rushes to the front of the bus and starts to beat the attacker off the woman with his cane.

When the attacker tried to get back on the bus, the Good Samaritan had a strong message for him.

"Come on! I got something else for you! Come on! Get over here!" the man calls out the attacker.

The attacker stayed off the bus. Eventually, police arrived on the scene and arrested him.

That Good Samaritan broke his cane in half in the scuffle. Now the city wants to buy him a new one as a way to thank him.