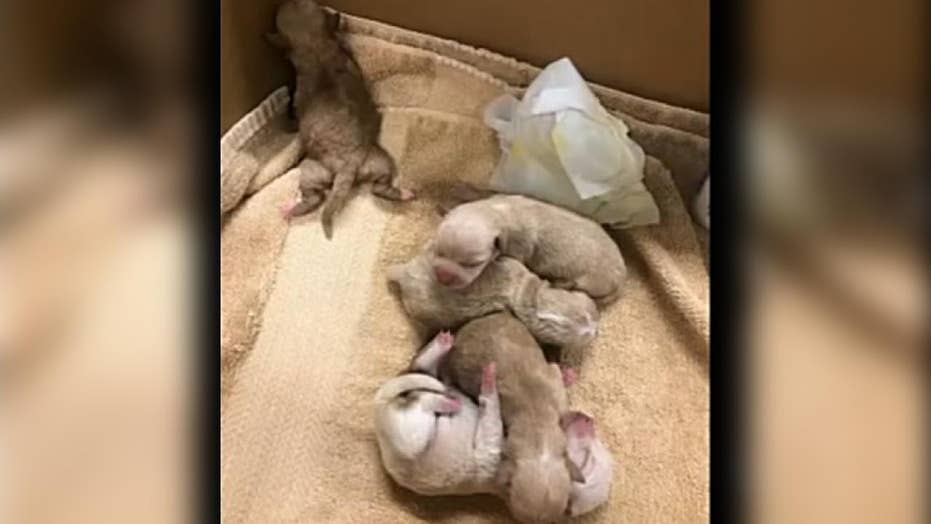 Investigators are looking for the woman seen on footage dropping a bag of seven puppies behind a Coachella business; the puppies were believed to only be approximately three days old at the time.

A Coachella, Calif., woman was sentenced to a year in jail Wednesday after she admitted she tossed a bag of seven 3-day-old puppies into a recycling bin in sweltering temperatures.

Deborah Culwell, 59, pleaded guilty to animal cruelty and abandonment charges, a change from her previous plea of not guilty, the Desert Sun reported.

Her sentence was reduced to 174 days with credit for time served, and she is to remain on probation for seven months following her release.

“I think we were a little sad that she didn’t get more than a year of jail time," Janeen Bahr, president of the nonprofit Society’s OutKasts Animal Rescue, where five of Culwell's dogs were placed, told the paper. "But on the other hand, when you look at what’s going on in the world today and the penal system, we’re probably lucky we got any jail time at all.”

Culwell's case drew outrage from animal rights activists and made headlines across the U.S. She was arrested on April 22 after she was identified from video surveillance footage.

The video showed a woman pulling up next to a store recycling bin days earlier in Coachella and dumping a sealed bag inside.

Minutes later, a man looking through the bin found the seven puppies. He took them into an air-conditioned auto parts store and law enforcement was notified.

The pups were believed to be terrier mixes and were treated for dehydration. One died a week later.

During a search of Culwell's home, investigators found another 38 dogs. They were turned over to local animal rescue groups.